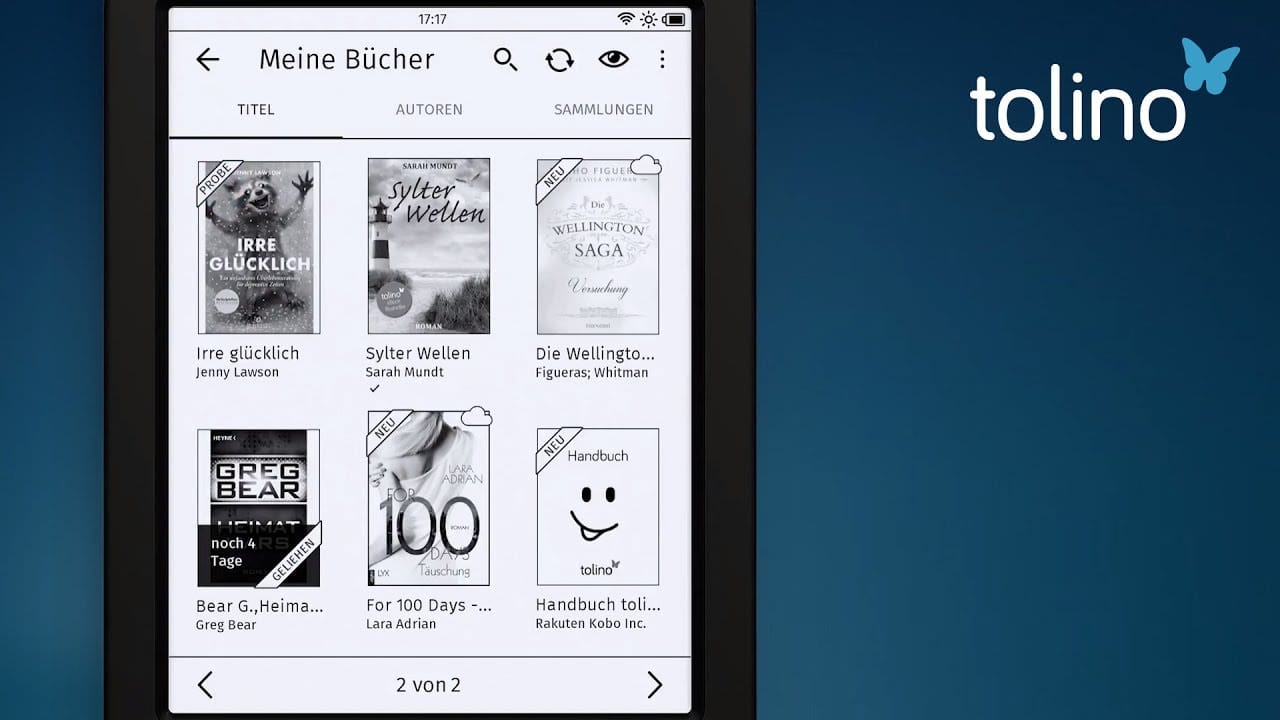 The Good e-Reader Store is the largest independent store in the world that exclusively deals with ebook readers. We are an authorized dealer for many of the most popular brands in the world. This includes Boyue, Onyx Boox, Pocketbook, Sony and Rata (SuperNote). We also carry the latest devices such as the Kindle, Kobo and Nook. Today, Good e-Reader is proud to announce we have a new agreement with Tolino.

Tolino e-readers are very popular with the German audience, but Tolino only sells these models in just a few different countries, such as Germany and Belgium. There are millions of people who speak German all over the world that are unable to buy these e-readers. You can easily purchase ebooks right on the device from popular retailers such as Weltbild, Thalia, Hugendubel and eBook.de. There is also functionality to borrow ebooks from the public library or just sideload in your own collection.

You can now purchase them from the Good e-Reader Store and our logistics program ships the Tolino Shine 3, Vision 4 HD and EPOS anywhere in the world.  There are many methods to pay for your e-reader too! We accept Apple Pay, Google Pay, Microsoft Pay, credit card or Paypal.