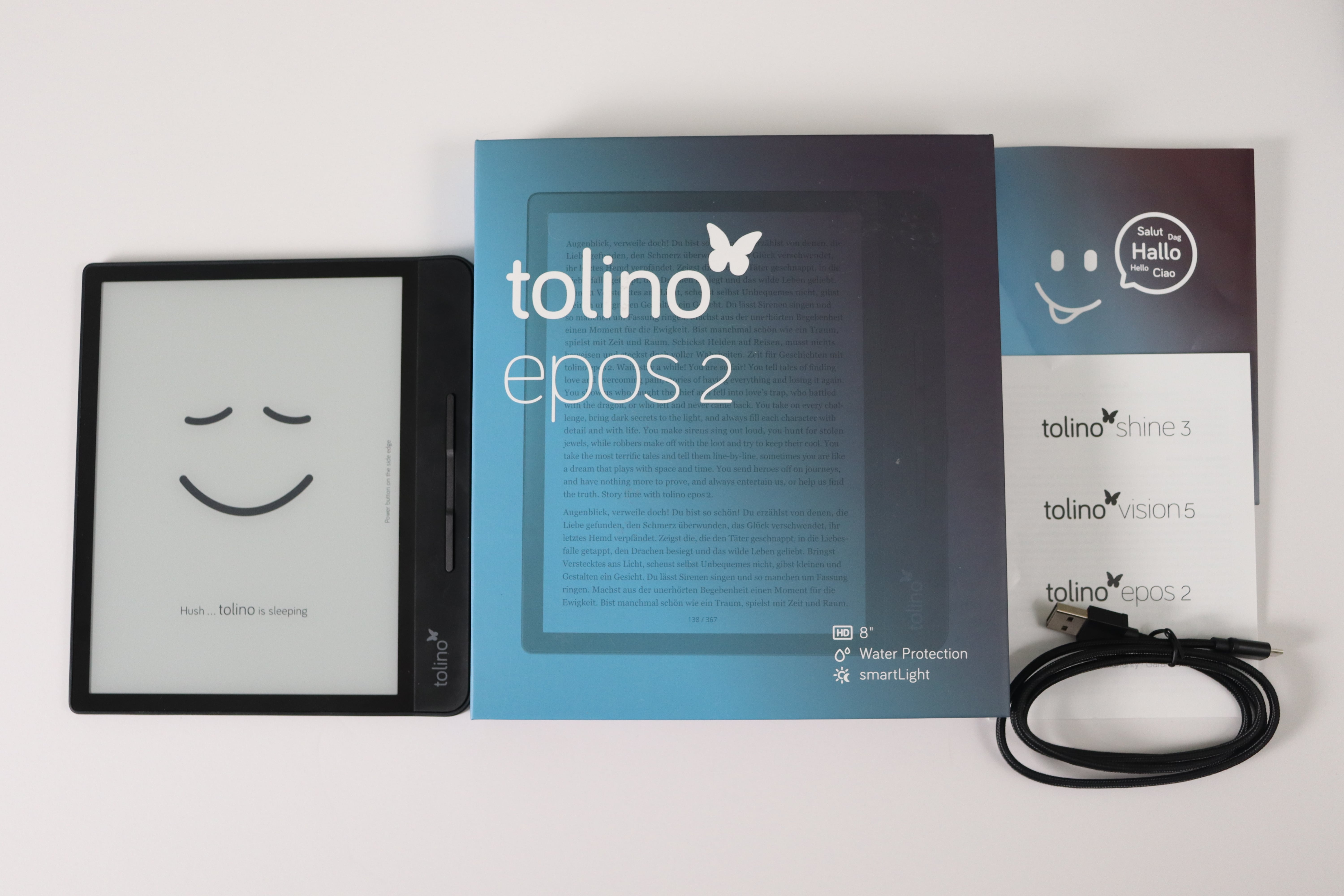 The Tolino Epos 2 is the latest generation flagship e-reader that came out in December of 2019. The overall design is an exact carbon copy of the Kobo Forma and the only thing different is the software. Kobo uses Linux for their line of e-readers, whereas Tolino employs Android. This gives readers a distinct experience when browsing the various menus, or shopping for ebooks.

The Tolino Epos 2 has a giant 8 inch capacitive touchscreen display with a resolution of 1440 × 1920 and 300 PPI. It is employing E Ink Carta HD and has physical page turn buttons. Underneath the hood is a Freescale/NXP IMX6 Solo Lite 1 GHZ processor. It has 512MB of RAM and the review unit we received had over 50GB in storage. It retails for €229 in various bookstores and online.

The Tolino makes sense for people who live in Germany, Belgium, Austria, Netherlands and other surrounding countries where German is spoken. One of the great things about the Tolino brand is the freedom of choice, each supported country has at least two different digital bookstores to choose from, Thalia is likely the largest though.

The retail packaging is well put together, the box stock is really high quality and their is a lid that opens, revealing the e-reader, warranty, quick start guide and the braided USB cable.