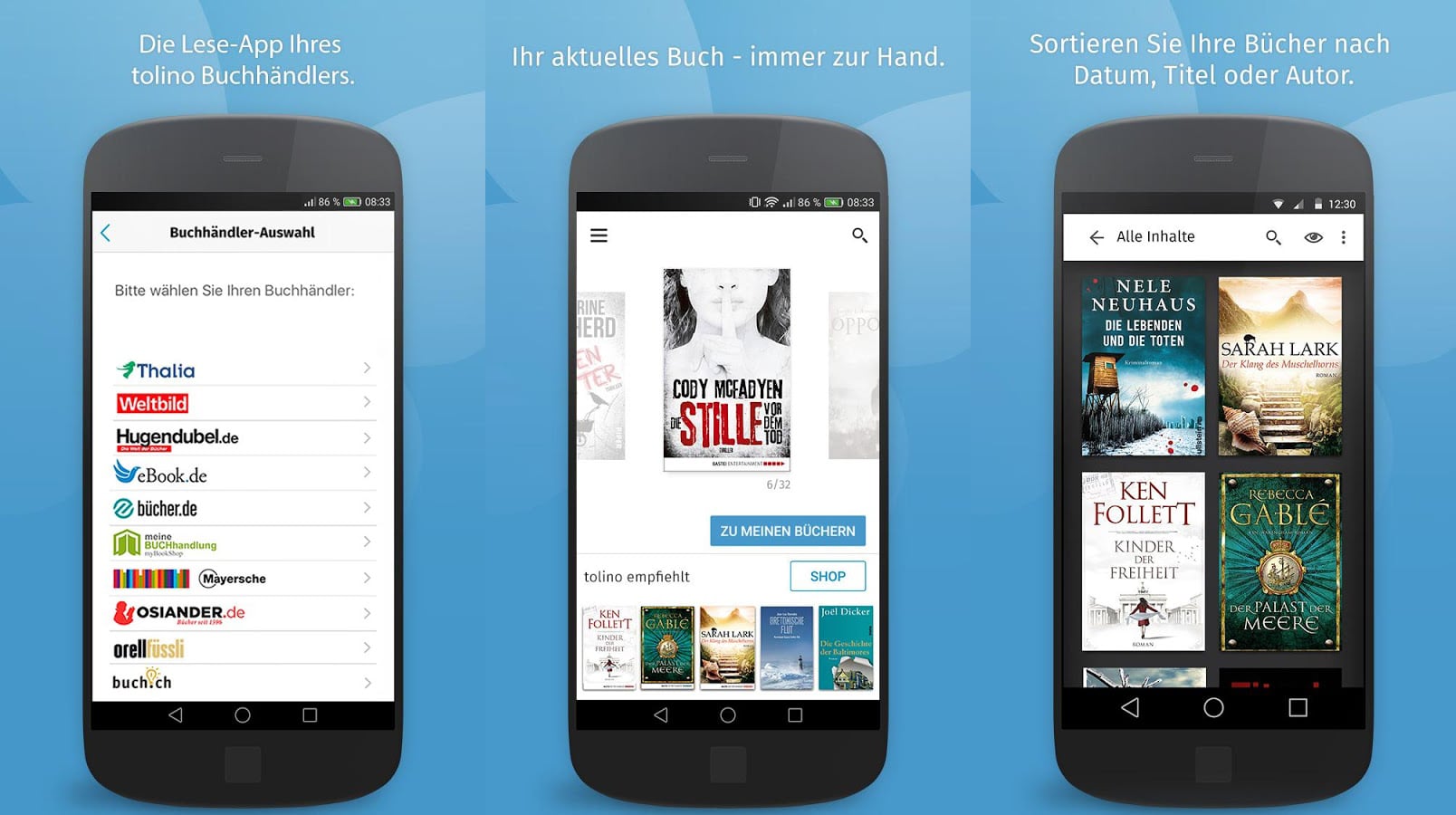 Tolino has been releasing dedicated e-readers for the past four years and the company also has a digital bookstore where users can purchase audiobooks and e-books. The company has just released reading apps for Android and iOS. It will allow users to not only buy e-books from Tolino but also Thalia, Weltbild, Hugendubel, eBook.de, bücher.de, Mayersche, Osiander, Orell Füssli, buch.ch or at the Tolino partner bookstores of meineBuchhandlung. The app allows you to select the bookseller where you want to buy your eBooks.

I think it is a bold move to expand the Tolino ecosystem outside of Austria, Belgium and Germany. Users can download the apps anywhere in the world, since they are not restricted to specific regions. If you do not own a Tolino e-reader, you can install the app on your smartphone or tablet.

This app also has an interesting feature, that I was totally unaware of. Tolino has partnerships with hundreds of libraries in Germany and powers their e-book collections. This app allows users to access any library that does business with Tolino, so you can browse, checkout and read free e-books.

You can download the Tolino e-Book app from the Good e-Reader App Store and Apple.