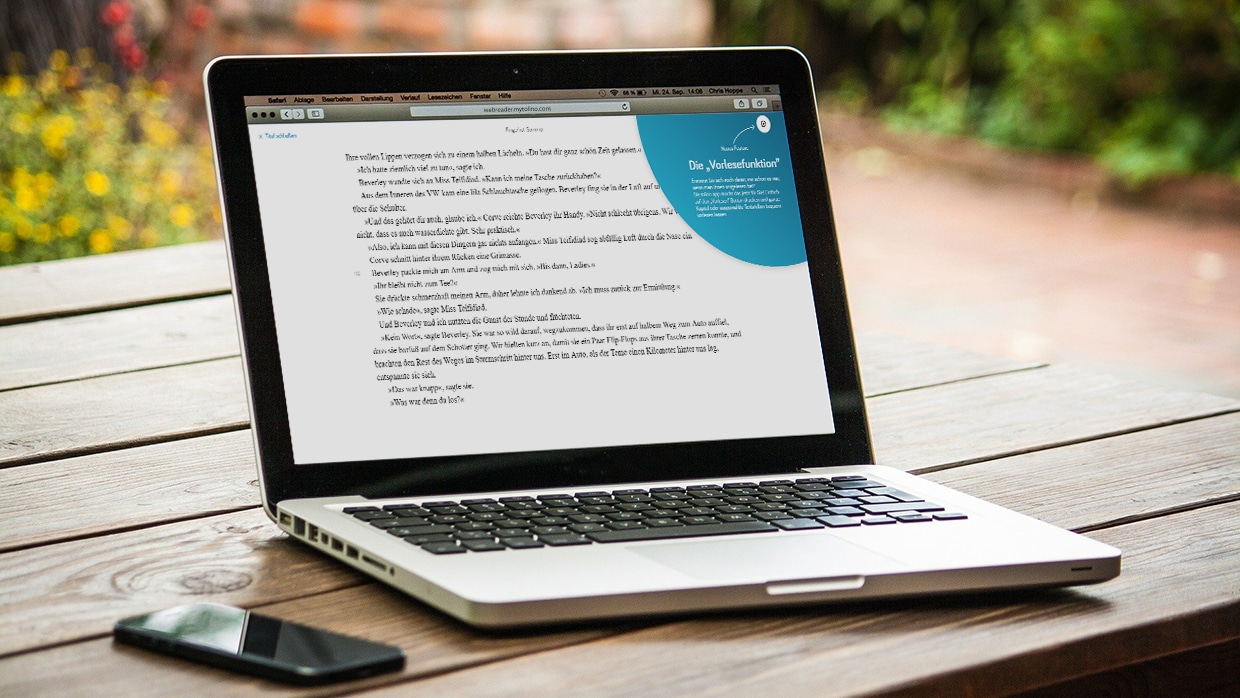 Tolino is well known for their line of e-readers, but the company also has an online web reader, where you can read ebooks with major internet browsers. The company has just issued a 5.1 update that brings text to speech, which will allow users the ability to have their books read aloud. The new function offers an advantage especially tolino users with visual impairment. Although they were able to adjust the font to their individual size beforehand, the reading function allows them to listen to their eBooks comfortably.

With the introduction of the text-to-speech reading function, the tolino alliance is taking another step towards accessibility. Last year, in cooperation with the German Association for the Blind and Visually Impaired, she published a magnification mode for her eReaders from 7 inches, which makes it easier for customers with visual impairment to read on the Tolino e-readers. The Tolino Alliance wants to continue along this path.

Tolino has confirmed with Good e-Reader that their apps for Android and iOS will get text to speech in 2021.