You are here: Home / e-Reader News / Tools of Change – Publishing in the Age of Globalization 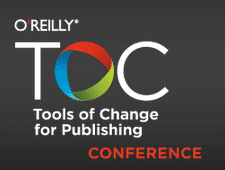 The workshop was presented by Edward Nawotka, Editor-in-Chief of Publishing Perspectives. He said that the story of the last 5 years in publishing is the story of Apple, Amazon, Kobo, and their internationalization. Kobo announced a deal with a Brazilian company and the night of the launch party Google opened its Brazilian ebook store and 35 minutes later Amazon opened one of its own, as well. This shows how fierce competition has become. Amazon opened a store in India and started to price in Rupees, which makes them competitive with the locals. Google and Amazon have had a hard time staying in business in China, but their local Chinese competitor is making a fortune.

There are two options when a company comes in from outside to your country: give in or find a way to do it yourself. Talking about globalization has a clash of friendliness and intensity. Local publishers must find a way survive. One of the issues that comes up is that works translated into English locally are often undercut by English editions put out by the big guys. To do business overseas, you need to know more than just that the market exists, you need to understand the culture.  However, the trend is that the big sellers are trying to impose their styles on overseas companies.

The future is in the phones as their penetration overseas is getting higher and higher. The most pirated books internationally are business books. One of the big under-reported stores of last year is why Penguin and Random House merged – because they fit together like a puzzle piece overseas and each complements the other almost perfectly on an international scale.  One of the things that goes unnoticed by most people is that 75% of the US book publishers have overseas owners.