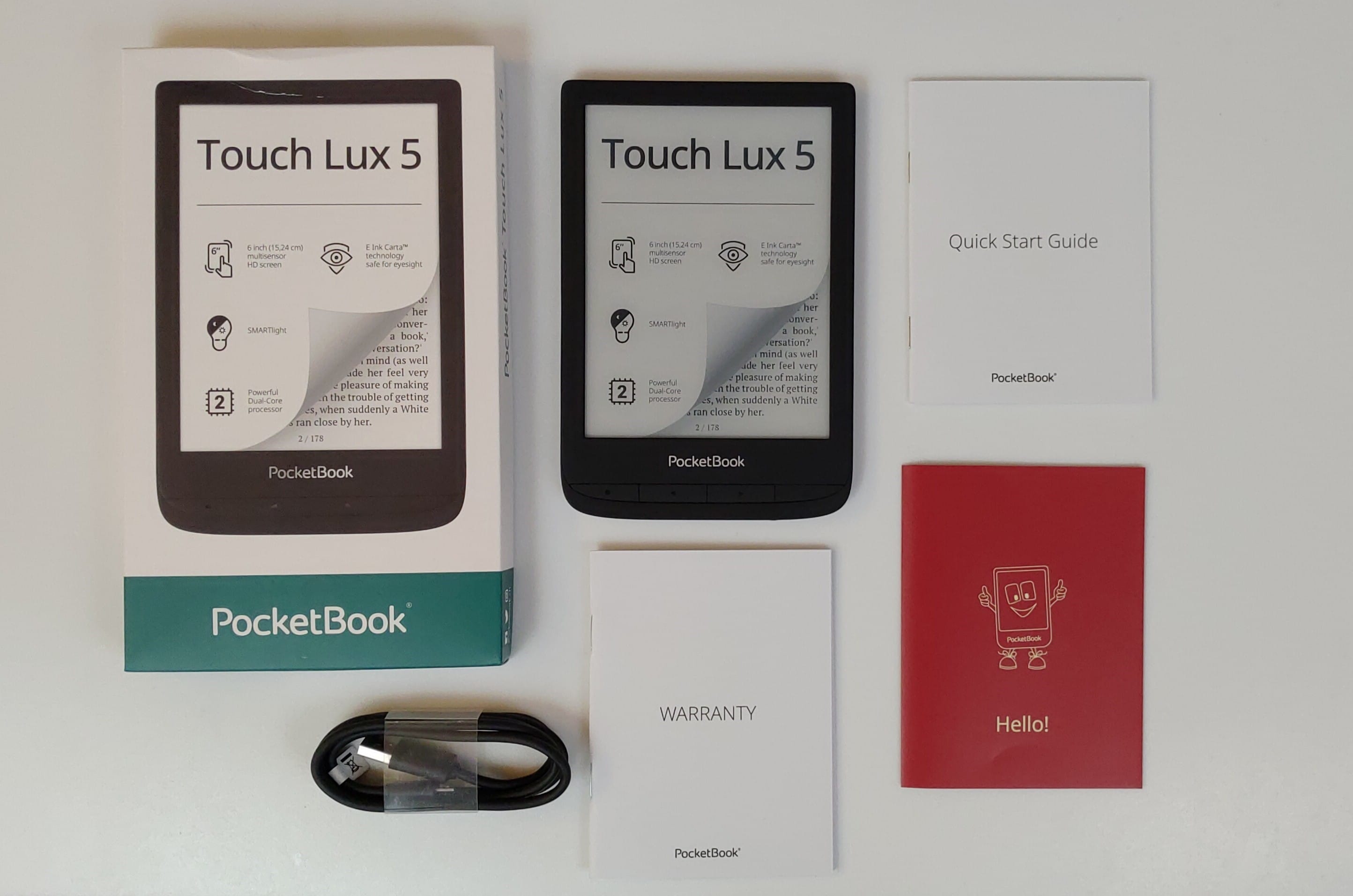 The Pocketbook Touch Lux 5 is a brand new e-reader that is competes against the Kobo Clara HD and Amazon Kindle Paperwhite 4. This device has physical page turn buttons and an SD card, two things that many other companies have abandoned.

The Pocketbook Touch Lux 5 has a 6 inch E INK Carta HD capacitive touchscreen display with a resolution of 1024×758 with 212 PPI. It has a front-lit display and a color temperature system. Underneath the hood is a dual core 1 GHZ processor, 512MB of RAM and 8GB of internal storage, there is an SD card capable of an additional 32GB. It has a micro USB, WIFI and is powered by a 1,500 mAh battery. Dimensions are 161.3 × 108 × 8 mm and weighs 150g.

Pocketbook has always done a very good job at reading almost every single format for not only ebooks, but also comics, manga, magazines and newspapers. The Lux 5 is the second device that Pocketbook released this year, the first was the Pocketbook Color.

The box design is very good, Pocketbook really does a tremendous job at making the entire retail packaging easy on the eyes and would stand out on any store shelf. There is a full size picture of the e-reader on the front of the box, letting you know the model name right on the reader. Below that is the Pocketbook logo. On the sides of the box is the model name, on both sides. The back of the box lists the specs and key selling points in 15 different languages.

Opening the box for the first time, you are greeted by the e-reader sitting in a tray, front and center. It is encased in a static proof bag. Underneath the reader is your warranty documentation, a full color promo document, encouraging people to buy a case and a quick start guide. There is also a Micro USB cable contained in a little cardboard flap.

The industrial design of the Pocketbook features an all black color scheme, both on the front and back. The screen is not flush with the bezel, so it is not using a glass based screen, which gives you a better reading experience. Below the screen are two physical page turn keys, a back button and home button. The back is made of a hardened plastic, which does not have any grip.