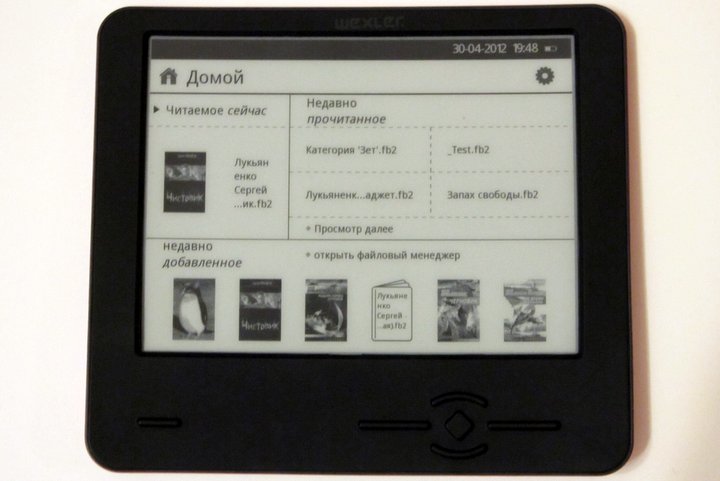 LG has been working on next generation ePaper technology since 2010, and only now has the technology developed enough to be implemented in a new breed of e-readers. The first ebook reader to hit the market using this new flexible screen display is the Wexler Flex One.

The new e-Paper by LG features a inch XGA display with a resolution of 1024 x 768 pixels and relies on e-ink to render monochrome display of texts and images. However, the biggest USP of the EPD is its ultra thin construction. This has been achieved with the use of plastic that is as thin as a display guard used on cellphones. This has resulted in the EPD being just 0.7mm, just about a third from similar EPD that are made of glass. The use of plastic has also made the LG produced EPD weigh just 14 gms. This in turn has added to the durability of the display, something brought forth in repeated drop tests performed by LG. The e-papers were dropped from a height of about 1.5 meters, and the displays not only survived each time but also remained devoid of any scratches. Even hitting the displays with a small urethane hammer failed to leave a mark on the e-paper displays.

The Flex One eReader features a six inch display with a resolution of 1024×768 pixels. It has a solid 8 gigabytes of internal memory that will be able to store around 400,000 digital titles. It supports all of the most popular electronic formats used, such as TXT/RFT/PDF/DOC/CHM/HTM/HTML/EPUB/FB2/DJVU.  You can use 3rd party software like Calibre to manage your growing collection of books via the micro-USB 2.0 port.

This device unfortunately does not feature a touchscreen, but you do have control via the D-Pad and manual page turn keys. This harkens back to the days when most devices used this sort of interface.

The ePaper by LG produces amazing page turn speeds. You also have a fair amount of control over your reading experience. You can change fonts, margins, line spaces, and orientation. Battery life is a respectable two weeks of reading.

This new LG ePaper technology seems to be very solid and produces the kind of resolution found in the iRiver Story HD. Other new devices will be hitting the market soon employing the same tech found in the Flex One. Onyx is currently developing a reader that should should be released at the end of May. Stay tuned for our hands-on review of this new e-reader and see what all the hype is about.