You are here: Home / e-Reader News / Data – What e-reader are you buying for Christmas? 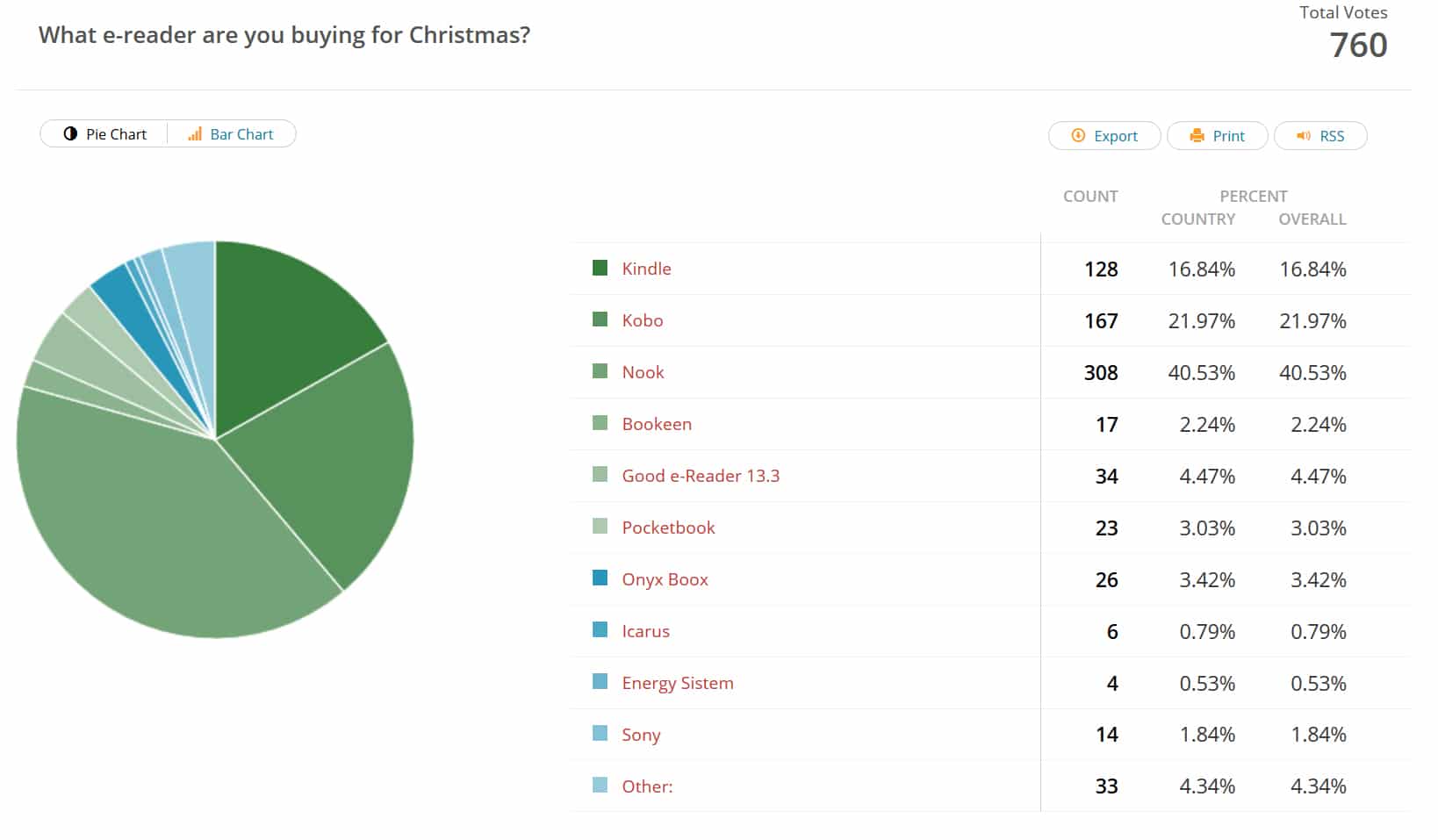 e-Readers continue to be one of the most sought after gifts for the Christmas season for people who love books and want to carry an entire library in their pocket. The vast majority of these devices have really come down in price and make great gifts for yourself or a loved one. There is a severe lack of data when it comes to the most popular e-readers, until now.

Over the course of the past three weeks Good e-Reader has conducted a poll to find out the most popular e-reader of the Christmas season. 760 people took part and it looks like the Barnes and Noble Glowlight Plus and the new $50 Nook Tablet was surprisingly the most sought after device. It garnered 40.53% of the total vote.

Kobo was in second place with 21.97% of the total vote and people seem attracted to the Kobo Aura Edition 2 and the Kobo Aura One, which both came out earlier in the year. The Edition 2 will not break the bank and was designed to be a cheap and cheerful e-reader, whereas the Aura One comes with a larger screen and a new blue light filtering engine. It is also the only Kobo branded reader that has Overdrive functionality, so you can borrow and read e-books from the public library.

In third place was Amazon, which shockingly only attained 16.84% of the total vote. This might be due to the fact that the Kindle Oasis costs over $300 and the Voyage is $219. The only Kindles that will not break the bank is the Paperwhite and entry level Kindle, but they lack polish.

A few years ago many people were attracted to European e-Reader brands such as Icarus, Onyx Boox and Pocketbook. In 2016 it seems that the love affair with fringe devices seems to be over and all of the ones on our list only attained low single digit votes. It really seems like the e-reader industry as consolidated and the only hardware people want to buy is from is Amazon, Barnes and Noble and Kobo.