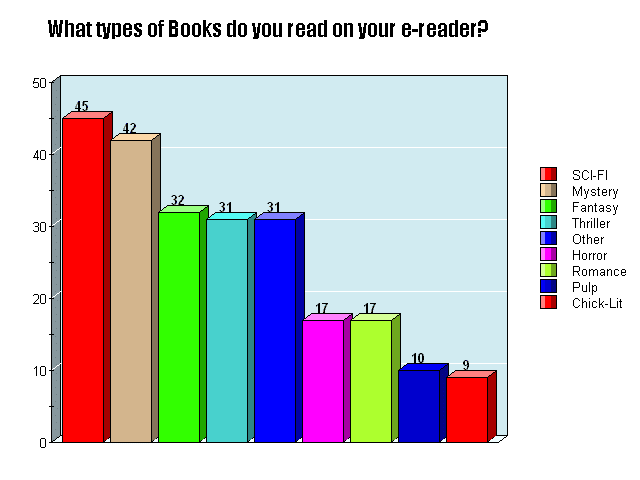 We recently conducted a poll on Good e-Reader for the last month that asked the question, “What types of books do you read on your e-reader?” It was prompted by a commentary article I wrote last month.  The gist of the conundrum was that I tend to by more trashy books on my e-reader and more serious reads in print.  During the course of the poll, 246 people voted and here are the results.

There you have it! This poll is a microcosm of the ebook world and you can tell a fair bit from the statistics from this poll. I am not surprised that SCI-FI, Fantasy, Mystery, and Thriller rounded up the top 4, by a deciding margin. It more or less proves by point that many people read ebooks, that would take a ton of shelf space in print form, as throw-away copies in digital form.