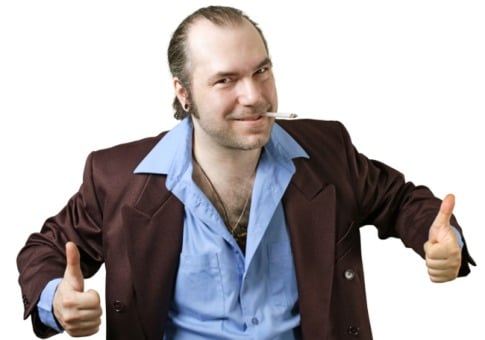 When a first time author decides to self-publish their first novel they have every reason to be apprehensive. There are a wide array of dodgy companies that are totally for profit and have a bad reputation in the industry. Sometimes, there are scammers and one in particular has just been arrested for fleecing authors out of $300,000 USD.

In late September police arrested Chandra Love, 38, for a second time and her husband, 42-year-old Keith Lewis. The couple portrayed themselves as book publishers and embezzled nearly $300,000 from two East Bay victims, according to a complaint filed by Marin County Deputy District Attorney Geoff Iida.

Author Jan Thorpe and her husband met the couple through a Berkeley based editor, after which Love and Lewis arranged a $5,000 per month retainer, and proposed the following:

>Love and Lewis would steal much more from the couple in a gift basket scheme according to the detective who said Lewis and Love told the Thorpes the couple would essentially bribe publishers with expensive gift baskets in hopes the publishers would read the book.

The gift baskets were supposed to include several hundred dollars in gift cards, a bottle of champagne and a copy of Jan’s book. The Thorpes would make 67 transactions to Love between Jan. 30 and Sept. 14, 2014. Thorpe gave Love four credit card numbers to use for the gift baskets. According to court documents, Love charged $69,116.84 to her company Bella Chose, which police said appeared to be a business front.

When Thorpe began to suspect she’d been conned, she hired a private investigator to determine whether her gift baskets had been, in fact, purchased and delivered. They hadn’t, and police soon discovered another writer who claimed to have lost $200,000 to the couple in a similar arrangement.

I think it is important to do your due diligence and research when it comes to self-publishing your novel in print or develop an e-book. There are plenty of shady people and companies out there that solely exist to take your money and either deliver a sub-par product or outright scam you.