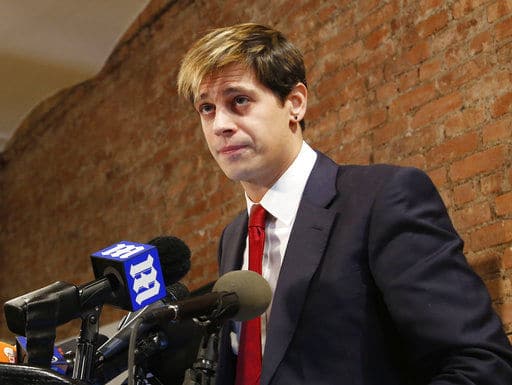 Yes, that’s a mildly click-baitish headline, but that’s absolutely the ironic sentiment floating around about Milo “Oh, How the Mighty Have Fallen” Yiannopoulos and his as-of-yet unpublished masterpiece. The unlikely alt-right posterboy, as many industry followers will recall, was slated for publication via a Simon & Schuster imprint–complete with a $250,000 advance–despite vocal public outcry and the cancellation of publishing contracts by other S&S authors, but the deal was finally rescinding by the publisher after a video interview surfaced of the author apparently condoning pedophilia.

Now, the book is moving forward via the long-time avenue of last resort: self-publishing. It didn’t feel good to type those words, as the author is playing into the exact stigma that has plagued worthy and talented authors for decades. “I couldn’t get a publisher, so I ‘had’ to self-publish,” are words that a number of dedicated, successful authors have had to carry like a yoke around their necks for far too long, and just as some of that public sentiment is beginning to shift, Yiannopoulos has moved forward with plans to self-publish Dangerous next month.

The author’s attempts to find another home for his work were fruitless, leading to the decision to take matters into his own hands. Sadly, despite the controversy surrounding the author, this book, and the political climate as a whole, this self-published book is already climbing the bestseller lists. It’s unfortunate that the members of the indie author community still aren’t “real” authors, but there’s nothing wrong with self-publishing when your far-right rhetoric is on the line.