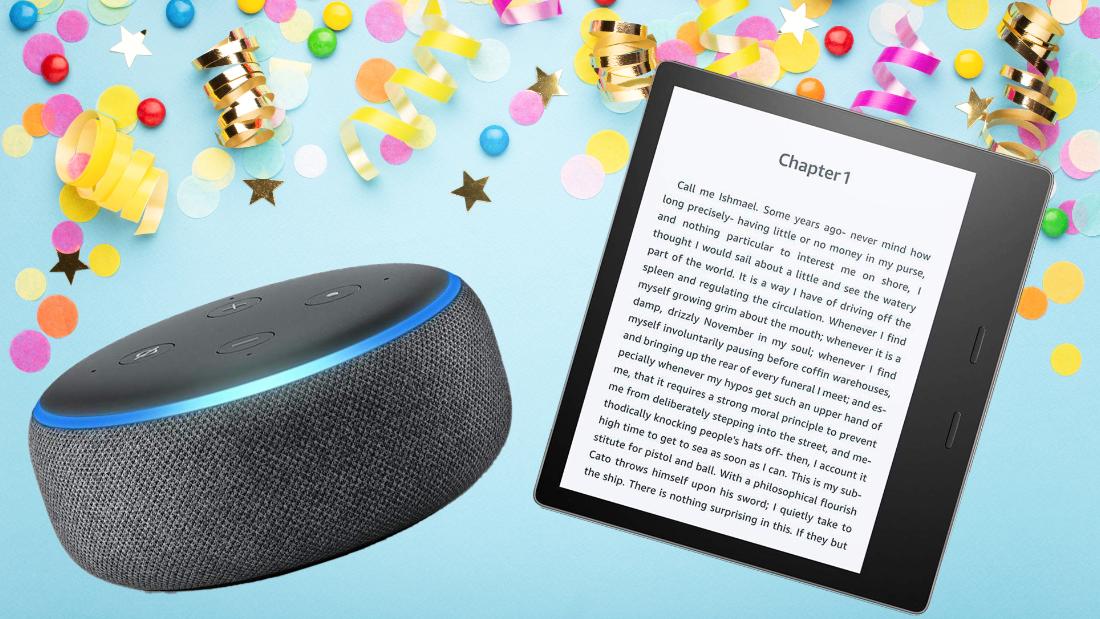 The Amazon Alexa voice assistant turns 5 today and originally it was based on Amazon Polly, which the company acquired IVONA software, back in 2013. Alexa is now everywhere, in sunglasses, echo speakers and even a talking microwave. To celebrate the birthday, Amazon is running a bunch of savings on Fire Tablets, Fire TV, Kindle E-Readers, Echo and Alexa devices, Smart Home, accessories and certified refurbished devices.

Many of Amazon’s smart speakers, such as the compact 3rd Generation Echo Dot which starts at $29.99 (originally $49.99), are available now. You can ask Alexa to help you with all sorts of tasks, like making lists, setting alarms and even checking the news or weather. You can also play and control your music with just a single command. Most of Amazon’s smart speakers come with optional accessories, including smart plugs and bulbs.

The Echo Wall Clock (now $24.99, originally $29.99) is a great addition to your Echo family. This sleek analog clock syncs with the Echo device of choice and lets you see your timers. The time will always be accurate and even adjusts automatically for daylight savings.

The previous generation Kindle Oasis is $50 off at just $299.99. It allows you to store thousands of your books, audiobooks, comics, magazines and newspapers in a lightweight design that can handle a splash and is bright enough for reading outdoors. A single charge lasts weeks, so you can work through that book without worry.

Amazon’s Fire TV Stick 4K with Alexa is just $39.99 (originally $49.99). You can stream all your favorite services, such as Apple TV, Showtime,, HBO, YouTube, Netflix and more.