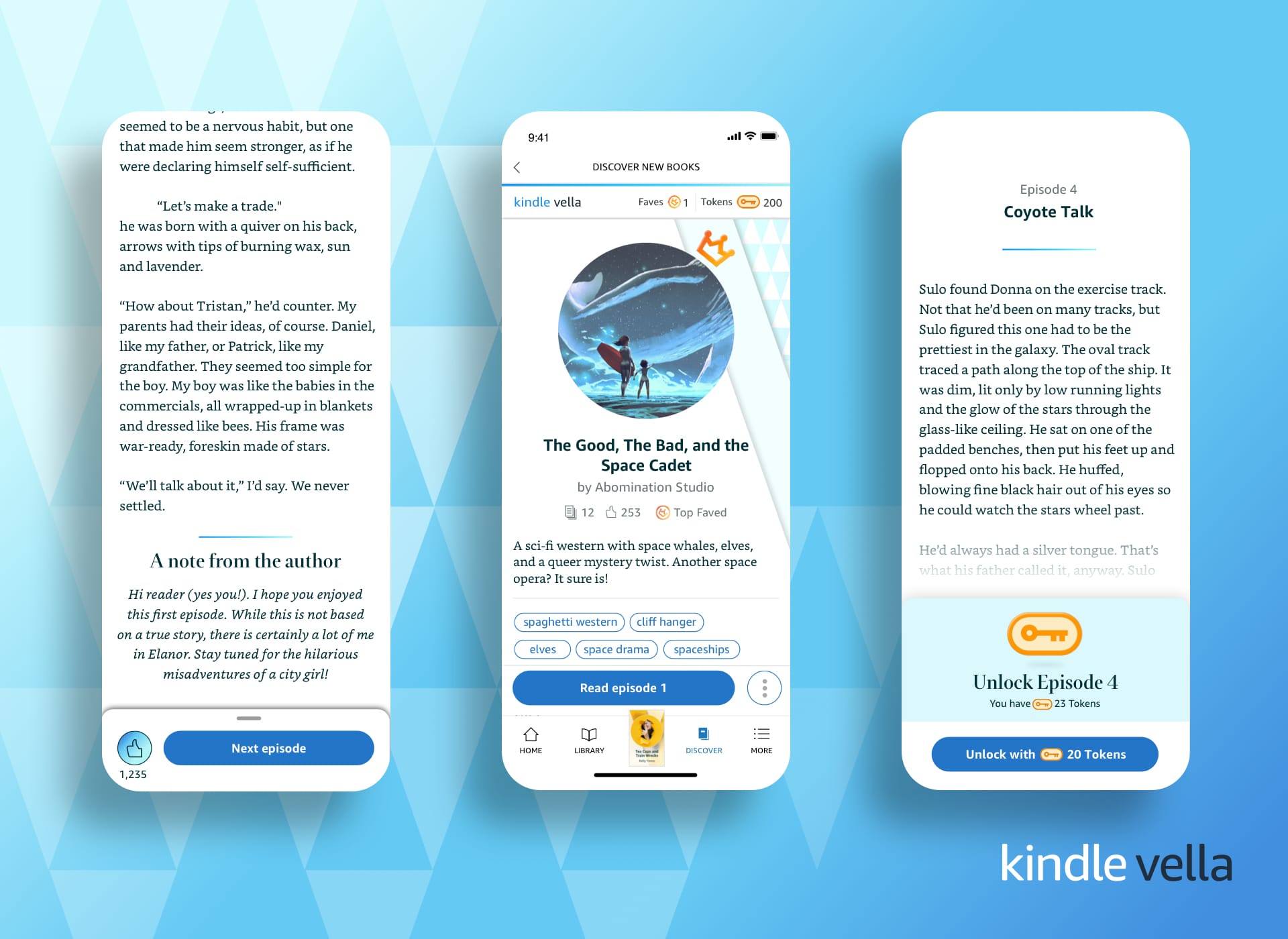 Amazon is launching a new system the iOS Kindle app called Kindle Vella, in the next few months.  It is a new way for authors to share serialized stories with readers, one chapter at a time. Authors can self-publish Kindle Vella stories in a serial format, one short 600–5,000-word episode at a time, using the same Kindle Direct Publishing platform that have always used in the past.

Kindle Vella stories will be able to be purchased right on the iOS app, using tokens. The first few episodes of every story will be free so that readers have a chance to check out a new story and see if they like it. Readers will then purchase and redeem tokens to unlock subsequent episodes. The number of tokens required to unlock an episode is determined by the length of the episode. Amazon will have different bundle options for readers and will be sharing the details soon. Authors will earn 50% of what readers spend on tokens, which are used to unlock a story’s episodes. Authors will also be eligible for a launch bonus based on customer activity and engagement.

This service is available now for authors in the United States and readers when it launches in a few months. It remains to be seen if tokens will be sold right on the Kindle for iOS app, because Amazon does not actually sell books on the app, since they don’t want to give Apple a percentage of every book sold. I have reached out to Amazon to clarify on how users can buy tokens, and will update the story.

Kindle Vella will have a social component, where readers can talk to the author, using author notes. Readers can leave a Thumbs Up for any episode they like. Once a week, readers who have purchased Tokens will receive a Fave to award to the story they enjoyed most that week. Amazon will then feature stories with the most Faves in the Kindle Vella store.

One of the most interesting things about the Vella program, is that it provides a fresh approach to storytelling and provides a revenue model for new and existing authors to make money. Serialized novels, can easily be written, a few pages here and a few pages there, once published, readers can give feedback and authors can tell their readers, what feedback they are using, for feature chapters. Ideally, this will help chart the future direction of the overall story and catter it towards what readers want to see. Ideally, once a Vella has been completed, the author can likely spin it into an ebook and sell it on Amazon.com. Although, if they do this, they will have to remove the story from Vella. The serialized and social approach is similar to Toronto, Canada, based Wattpad, except they don’t pay writers.