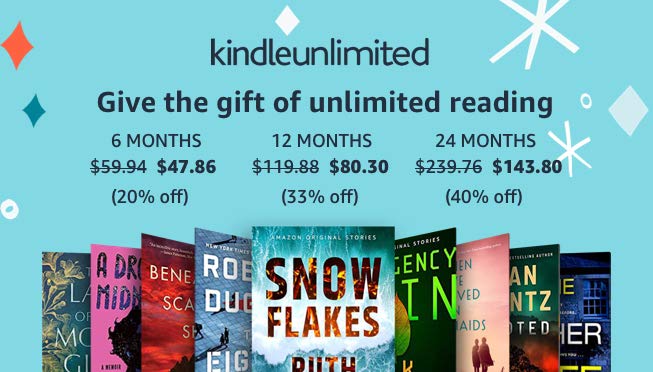 Amazon Kindle Unlimited is the paid monthly subscription program where users have access to over one million audiobooks, ebooks, comics and magazines. Amazon is running a boxing week promotion, where you can get some big discounts, the longer you subscribe. You can get 20% off a 6 month plan, 33% for 12 months and 40% off for two years. This promotion is only good for USA customers. Canada is running a two month plan for $.99.

Kindle Unlimited is likely the best ebook subscription package. You can read and listen to as much as you want. Scribd, also offers an unlimited plan, but once you read a few best sellers or listen to a few audiobooks, they begin to throttle your account and most of the good stuff disappears until your next billing cycle. Scribd does this because they pay publishers for a certain percentage of the book being read and an arbitrary threshold for audiobooks. To be fair, Scribd does have the superior catalog, because they have access to most of the major publishers, whereas Kindle Unlimited does not.