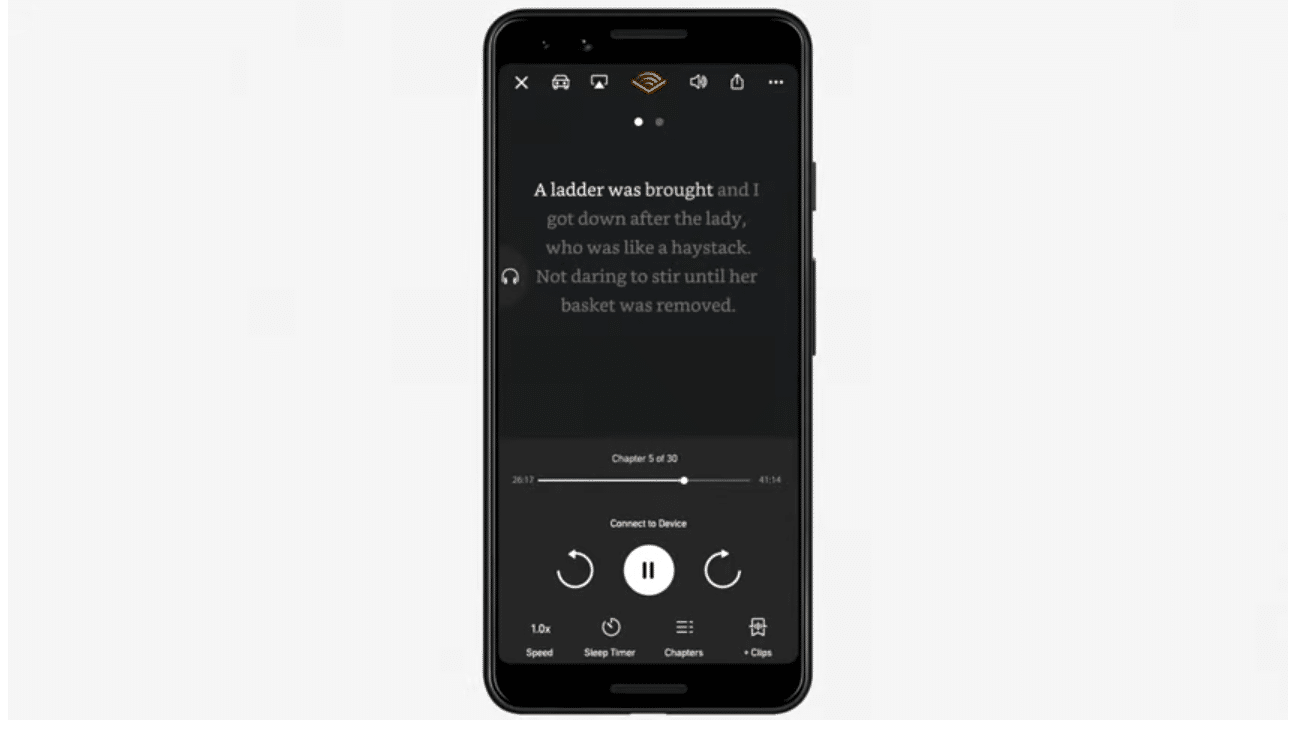 Audible is the largest audiobook retailer and dominates the market. The company is working on a new system, that will launch in the next few months. They intend on providing audio captions of audiobooks you are listening to, so you can read, as you listen at the same time.

The new audiobook system is currently in development and will work with their mobile apps for Android and iOS. When you are listening to an audiobook it will display text on the screen and each word will be highlighted as it is being narrated aloud. It will have a dictionary system to look up words on the fly and also a lookup feature for Wikipedia. There is a built-in translation service to look up individual words in an alternate language, such as Spanish.

It remains to be seen if this will make Immersion Reading irrelevant. This functionality has been available for sometime for Android and the Fire line of tablets. You basically buy the audiobook and an ebook at a reduced cost and allows you to read a Kindle eBook and listen to its professionally narrated Audible companion Audiobook – all at the same time. Not only that, but you get the benefit of real-time highlighting, making Immersion Reading a valuable tool to boost reading comprehension and overall retention of content.

So it looks like Audible is launching their own version of immersion reading, but without needing to buy the ebook. All you need to do is buy the audiobook, and you will get the same effect. I think this is a system that will appeal towards a large number of users.