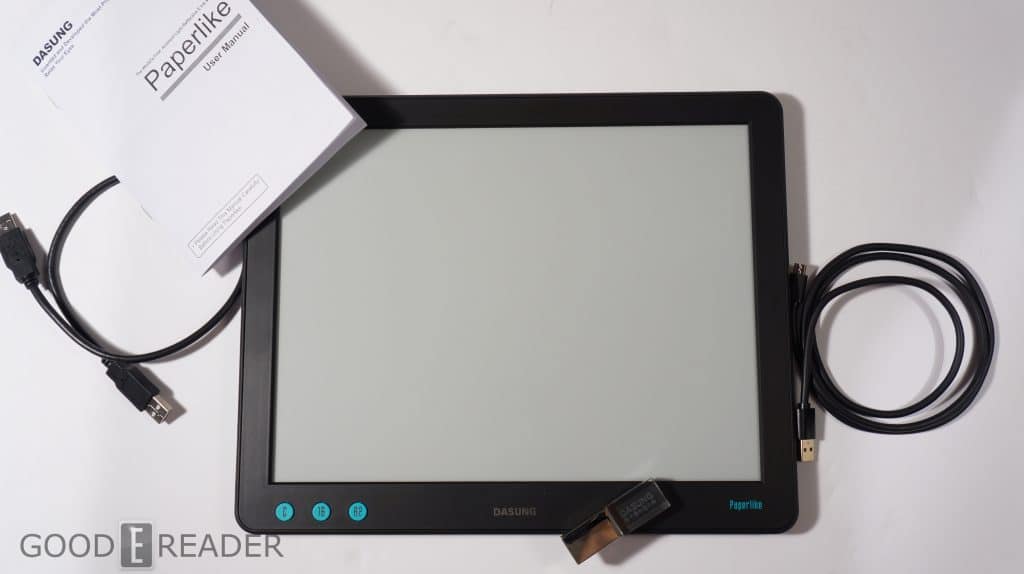 Dasung has developed a secondary e-Ink monitor for your PC or Laptop. This device draws power from your computer via the Micro USB to USB cable. It does not have an internal battery, nor does it have any built in memory. You can think of it as a dumb terminal, because its mainly used a display and cannot be interacted with.

The Paperlike is billed as an E-Ink Mobius screen that can be placed on a small stand or mounted to a swivel. It comes with all of the screws and accessories that you will need to get it setup.

The drives are housed on a USB flash drive that comes in the retail packaging. It has drivers for most versions of Windows, but I had a huge problem with a Windows 10 laptop. It basically killed my keyboard dock and replaced the necessary drivers with the Dasung E-Ink ones.

Apparently when you use an older operating system to install the drivers, you shouldn’t have any major problems. The bug is with Windows 8 and Windows 10. Anyways, there are two different resolutions to select from when you manage to get everything working. You can use 800×600 or 1600×1200 and switch between landscape and portrait mode.

Check out the video below, we go over everything you need to know.