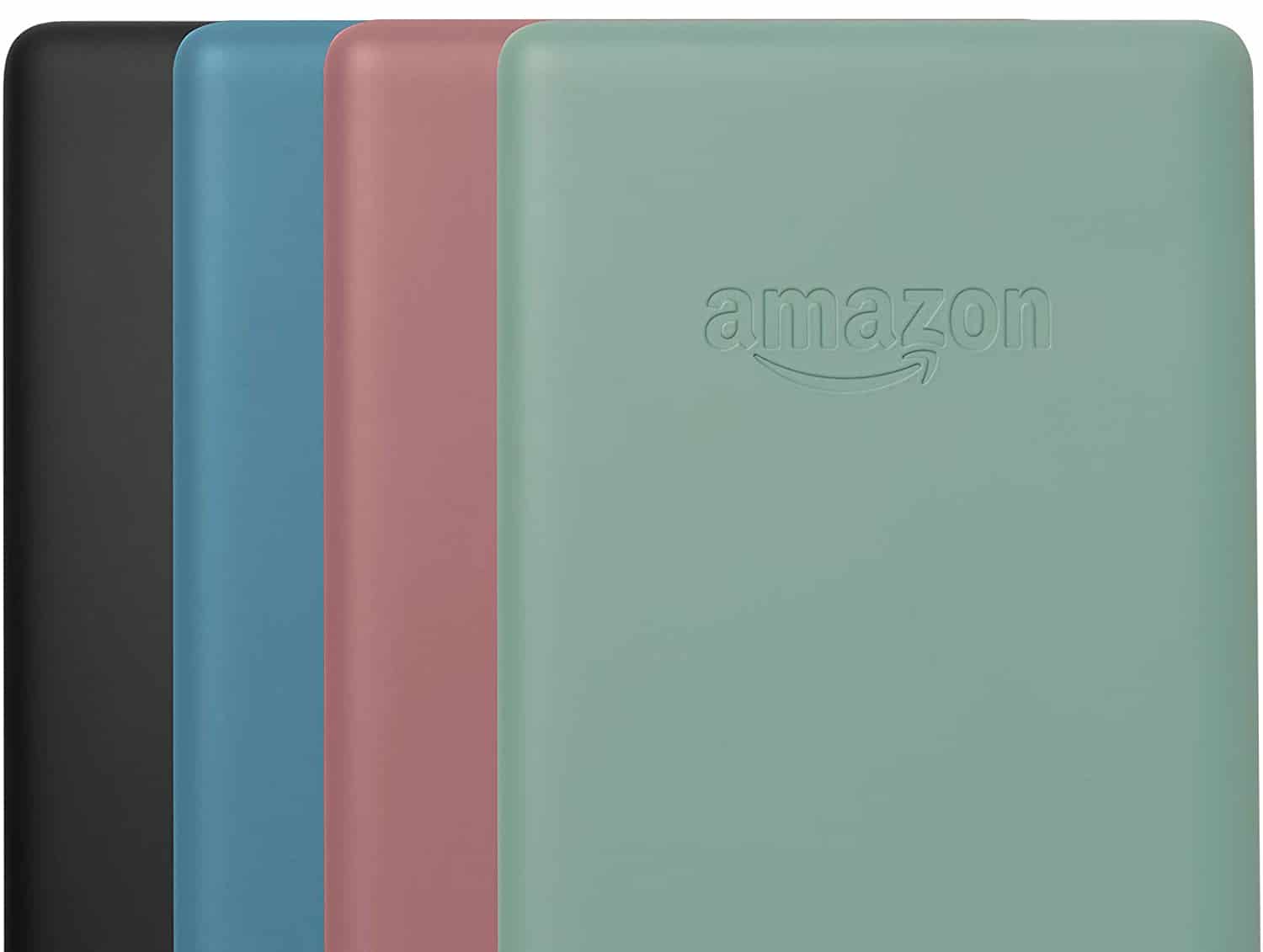 If you are looking to buy a new Amazon Kindle Paperwhite 4, it is now available in four different colors. When the e-reader was first released in 2018 there was only one color, black and last year they added the Twilight Blue variant. There are two new colors that were just added today, Plum and Sage.

The Plum color is more like a dark pink and Sage is a light green. Only the back of the e-reader has the colors, and there is small accents along the sides of the bezel, while the front of the device is pure black. The two new and two old colors are available for both the 8GB and 32GB storage models, but the 4G/Lite variant only has one color, black.

It is important to note that there are only a small handful of countries have access to all four colors. The United States and United Kingdom have them available, but sadly Canada only has the black model available.

All four colors of the Kindle Paperwhite 4 were first tested in China last summer. They also had them available for the Kindle Oasis 3. It is good that there is more color combinations available for customers in the US, but it remains to be seen if the Oasis will get the same treatment.