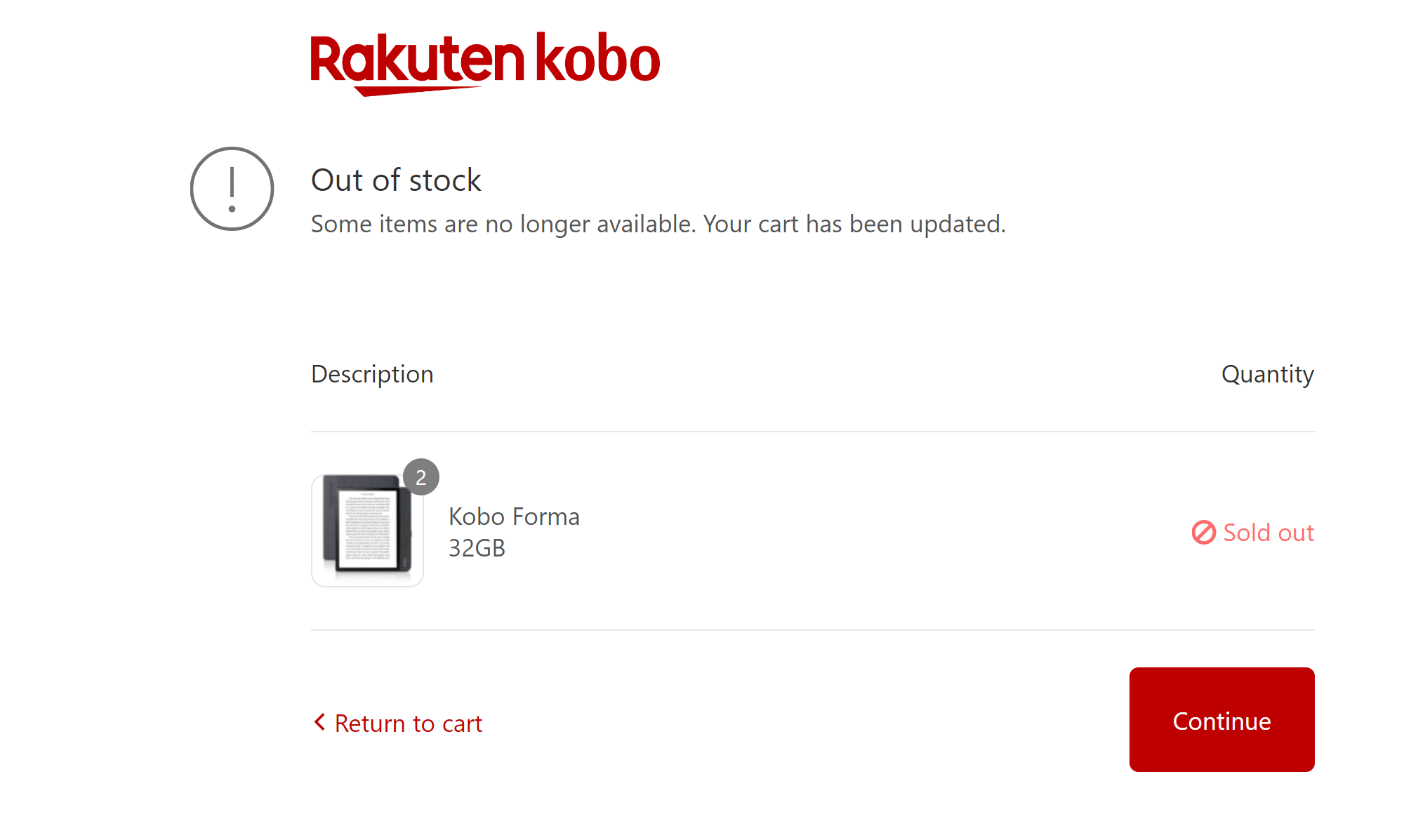 Multiple sources have confirmed with Good e-Reader that Rakuten Kobo has discontinued the Kobo Forma 32GB model in all markets. The main Kobo website has been out of stock for a few weeks and all of their retail partners are no longer have it in stock. Kobo never officially announces when a specific e-reader has been shuttered. It does not appear that Kobo has any plans for another production run, although the 8GB model is still available.

The main Kobo website does not say the item is out of stock, until you add it to the cart and attempt a checkout. Once you start this process it lets you know that it is completely sold out. Normally Kobo lets you know if a product is out of stock, by stating it on the product description page, so it looks like the website team has not updated the listing yet.

It has been rumored for the past six months that Kobo plans on releasing two new e-readers in 2021. A second generation Forma is in the works, it will have audiobook functionality. This will allow Kobo to sell audiobooks on an individual basis, and also prompt users to subscribe to their platform, so users can pay a monthly fee and choose what audiobook they want. It is also rumored that Overdrive will introduce audiobook support on the Foma 2, so users can download free content from their local library branch.

Some users don’t really care about audiobooks on an e-reader, they have their smartphone or tablet for such things. The main reason why Kobo is introducing audio, is because Amazon has been doing it on their Kindle line of e-readers for a couple of years. In select markets, you can attach a pair of wireless Bluetooth headphones and listen to audiobooks purchased from Audible. Users can access content they have used credits for or make new purchases right on the Kindle. If you want to listen to audiobooks on an e-reader, right now Kindle is the only game in town. Kobo wants to solve that and provide an alternative.