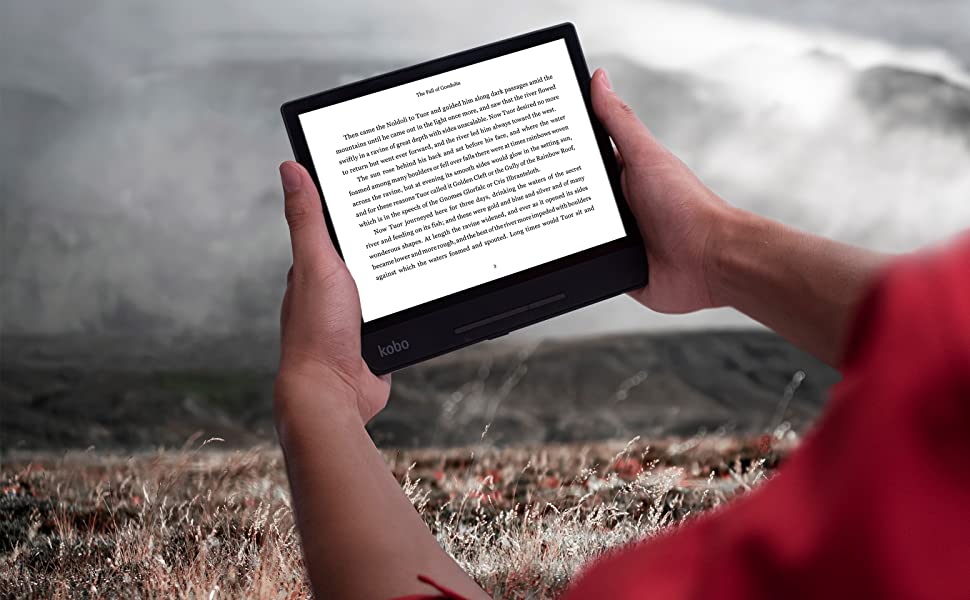 Kobo rarely has discounts or savings on their flagship e-reader, the Forma. This is one of the best devices in the industry, since you can buy and read ebooks right on it and also borrow digital content from the local library. The Forma is currently on sale on Amazon for $219.99, which is $30 off the regular price, but the main Kobo website does not have the deal listed.

The Forma is due for a refresh, since its around three years old and there have been rumors that Kobo might release the Forma 2, sometime this year. The e-reader has a giant 8 inch capacitive touchscreen display with a resolution of 1440 × 1920 and 300 PPI. Many e-readers are using Carta HD or Mobius for the screens, but Kobo is using both. Now you might be wondering, how is this e-reader using two different screen technologies at the same time? The spec sheet for the Forma mentions that it uses both Mobius and Carta HD.  Like most display technologies, E Ink displays use an active matrix thin film transistor (TFT) backplane. The TFT backplane is an array of transistors that are typically deposited on a piece of glass. These transistors control each pixel on the display. The layer on top of the TFT backplane determines the actual display type (e.g. E Ink, LCD, OLED, etc.). In the case of E Ink, this layer contains the actual ink particles that creates the image. The Carta technology is the latest version of this layer and determines the optical properties, such as contrast ratio. The Mobius technology replaces the glass TFT backplane with a flexible plastic TFT backplane. This plastic backplane is thinner, lighter and stronger than glass backplanes. This in turn enables Kobo Forma’s lightweight and ergonomic design. Kobo claims that by using Mobius, it is 15% lighter than the Kobo Aura One and weighs 197g.