You are here: Home / Digital Manga and Anime News / Amazon Strike is a Prime Only Anime Streaming Service 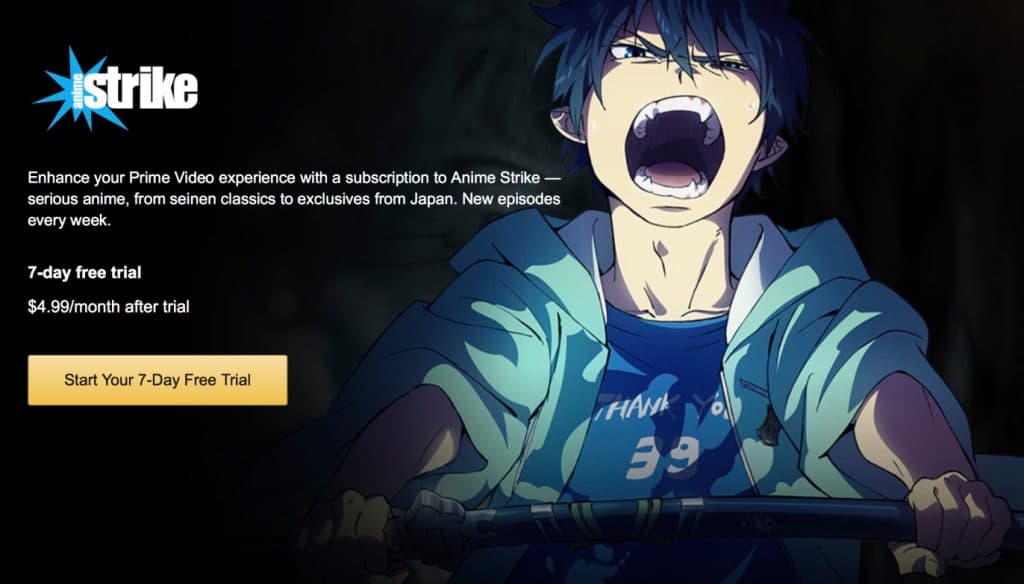 Amazon has just unveiled Strike, which is an anime streaming service only available to Prime members who reside in the United States. The paid service is offering more than 1,000 television anime episodes and films. It costs $4.99 per month and there is a seven-day free trial is available.

Amazon’s vice president of digital video, Michael Paull, told The Hollywood Reporter the company decided to launch Anime Strike following demand from its subscribers. Paull admitted while Amazon has been great at providing different subscription packages to its users in an attempt to make Prime a one-stop destination for all TV streaming, the company was severely lacking in anything for anime fans.

It remains to be seen if Amazon will be a serious player in streaming anime, or if this is simply a lark. The currently market leader is Crunchyroll, an online, subscription streaming service that specializes in anime and has more than 750,000 subscribers and has more than 15,000 episodes available.