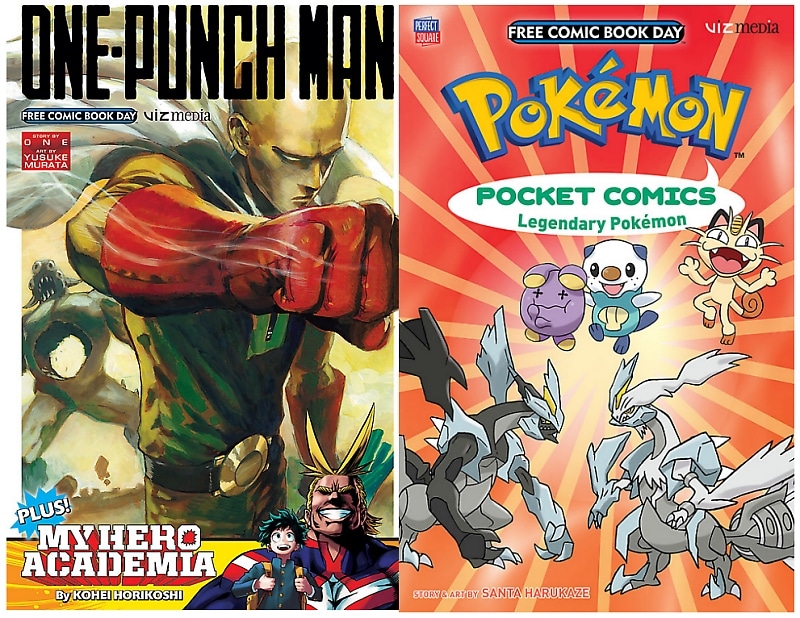 Free Comic Book Day will occur on May 4th 2019 and manga is going to play an important role. Kōhei Horikoshi’s My Hero Academia and Kaiu Shirai’s The Promised Neverland will be available as Silver Sponsor titles from Viz Media. Other manga titles represented are Ryo Takamisaki’s Pokémon: I Choose You! This is in addition to Hidenori Kusaka and Mato’s Pokémon Adventures from Viz. Vertical Comics will put out a sampler of Kino’s Journey – The Beautiful World by Keiichi Sigsawa and Iruka Shiomiya. Kodansha Comics will release a sampler of Cardcaptor Sakura Collector’s Edition by CLAMP, Witch Hat Atelier by Kamome SHIRAHAMA, and Magus of the Library by Mitsu Izumi.

Other titles of interest for fans of Japanese manga include the Robotech comic book adaptation by Simon Furman, Brenden Fletcher, and Hendry Prasetya, as well as Street Fighter: Sakura vs. Karin by Ken Siu-Chong and Omar Dogan. The samplers are put out by Titan Comics and Udon Entertainment respectively.

“Each year, we continue to push ourselves to bring fans the very best Free Comic Book Day experience,” Joe Field, originator of Free Comic Book Day, said in a recent statement. “The caliber, strength and depth of this year’s comic book titles is fantastic and independent comic book shop retailers all over the world can’t wait to treat fans and customers to an incredible day of fun, discovery, and learning about comic books and comic book shops.”

The full list of comics books from Disney and Marvel are available on the Free Comic Book Day website.