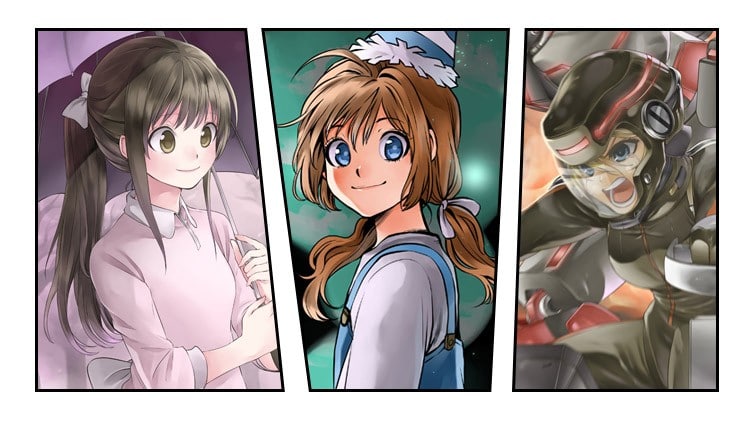 Japanese Manga used to rule the roost and was the most popular print and digital format. South Korean webtoons has slowly been gaining popularity and is starting to overshadow it.

The past several years have seen these South Korean webcomics make forays into Japan, where they have quickly carved out a fan base among “digital native” youth who are increasingly shunning the traditional print formats in favor of titles read on apps.

Unlike Japanese manga, which in most cases are first marketed for a print audience and only subsequently promoted online via apps, webtoons cater to digital device users from the get-go: Their format has already been optimized for personal computers or smartphones. Webtoons typically scroll vertically and are in full color, as opposed to traditional manga, which are often black and white and read horizontally. Once they spread on popular manga apps in Japan, the digital South Korean comics immediately attracted a youth following here. Webtoons are also gaining popularity in North America, with slick Facebook advertising campaigns promoting apps.

Webtoons that are the most popular tend to be translated and localized. Webtoons that are marketed in China or Japan are scrubbed of any references to South Korean cities and the translations use proper grammatical structure and nouns. Readers are starting not to care where their content is coming from, as long as the stories, art and characters are compelling. Gone are the days of shabby translations, that are done by fans and full of grammatical errors.

In Japan, the culture of webtoons remains underdeveloped. One of the few exceptions is ReLIFE — a hugely successful vertical comic by Japanese artist So Yayoi available on the Comico app. The series was converted to anime and a live-action film before ending in 2018.

Publishing behemoth Shueisha, which runs the popular weekly manga magazine Shonen Jump, said it recognizes the importance of the vertical scrolling in webtoons, viewing it as an example of “how manga expression has been diversifying.” The publisher said its app, Shonen Jump Plus, carries at least five vertical webcomics along with a plethora of postings by amateur illustrators rendered in the same format. The publisher also states they are also skeptical of the long term viability of webtoons.

I think one of the reasons why Webtoons in general have been doing very well, is because exports, piracy and copy protection. Historically, and even today, it’s extremely difficult to legally view lots of Japanese content outside Japan, yet Japanese producers pursue copyright claims with rabid fervor. Japanese publishers for books and music were also extremely resistant to move to e-books, digital downloads or streaming.

For whatever reason, South Korean publishers were not as myopic, meaning their content could be more easily accessed — at first technically illegally, but soon there was a groundswell of demand that led to large-scale legal rebroadcasting (TV stations showing Korean dramas etc) and that then led to today’s juggernaut. Manga is just the latest example of Japan losing a market that really should have been theirs for the taking.

Webtoons are also doing well because of their business model. Unlike manga, webtoons are usually free and ad supported. I don’t even have to sign up to start reading one in most cases. The interesting part is, webtoons are usually released once a week and you can actually pay around 30 cents to read the latest episode before it’s released next week for free. So if you can’t wait another week after a cliffhanger, you can pay to read the next episode and now you’re stuck in a vicious cycle of paying every episode to be one episode ahead.

Currently manga is a little more professional when it comes to storylines and the overall narrative. It is a vocation that many writers and artists train for their entire lives. The mantra for manga is to move slow and never break things. Whereas webtoons are traditionally done by amateurs, but aimed at specific demographics, which increases their popularity.