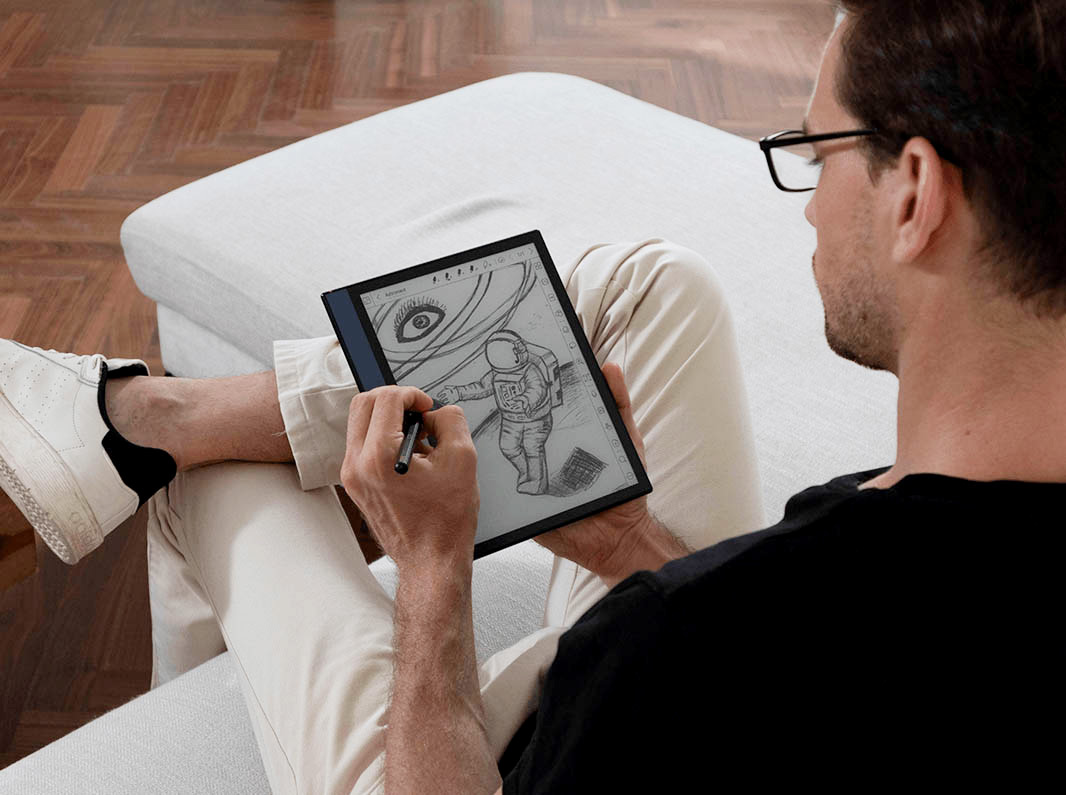 The Onyx Boox Note Air 2 has many benefits over the original model. It is using a new writing film that helps provide better stylus interactions, so it doesn’t feel like you are writing on a glass panel. The processor, RAM and internal storage have been increased and it comes with a new stylus that has better quality and design. It can magnetically attach itself to the side of the Air with magnets. Android 11 and Google Play are also tremendous.

The Onyx Boox Note Air 2 has the same design principals as the first generation model. It has a black bezel with nice blue accents on the left side of the screen and the back with gives it contrast. It basically gives you a very nice metal look, which stands out in a crowded market of piano black color schemes. It has some subtle hardware upgrades, which makes it a natural progression of the product line.

The Note Air 2 features a 10.3 inch E INK Carta HD display with a resolution of 1872×1404 with 226 PPI and 350ms response time. It has a flush screen and bezel design with a glass based screen. There is also a WACOM layer, which can be used with the accompanied stylus to take notes, freehand draw or edit PDF files. It has a front-lit display and a color temperature system, there are around 32 LED lights total.

Underneath the hood is a Qualcomm Snapdragon 662 octo-core processor and 4GB of DDR4X RAM and 64 GB of internal storage. It has speakers, which is great for listening to audiobooks, podcasts or music. There is no 3.5mm headphone jack or an SD card. You can however, use a pair of wireless headphones or an external speaker, to listen to audio content. Charging and the transferring of data to your Air is done via the USB-C port. It also has g-sensor, so it will flip the orientation 360 degrees, but just titling the screen, it has a lock function. There is microphone on the bottom of the screen, beside the USB-C port. This is not only used for apps that require a microphone to operate, but also with the Note Air 2’s voice to text functionality. 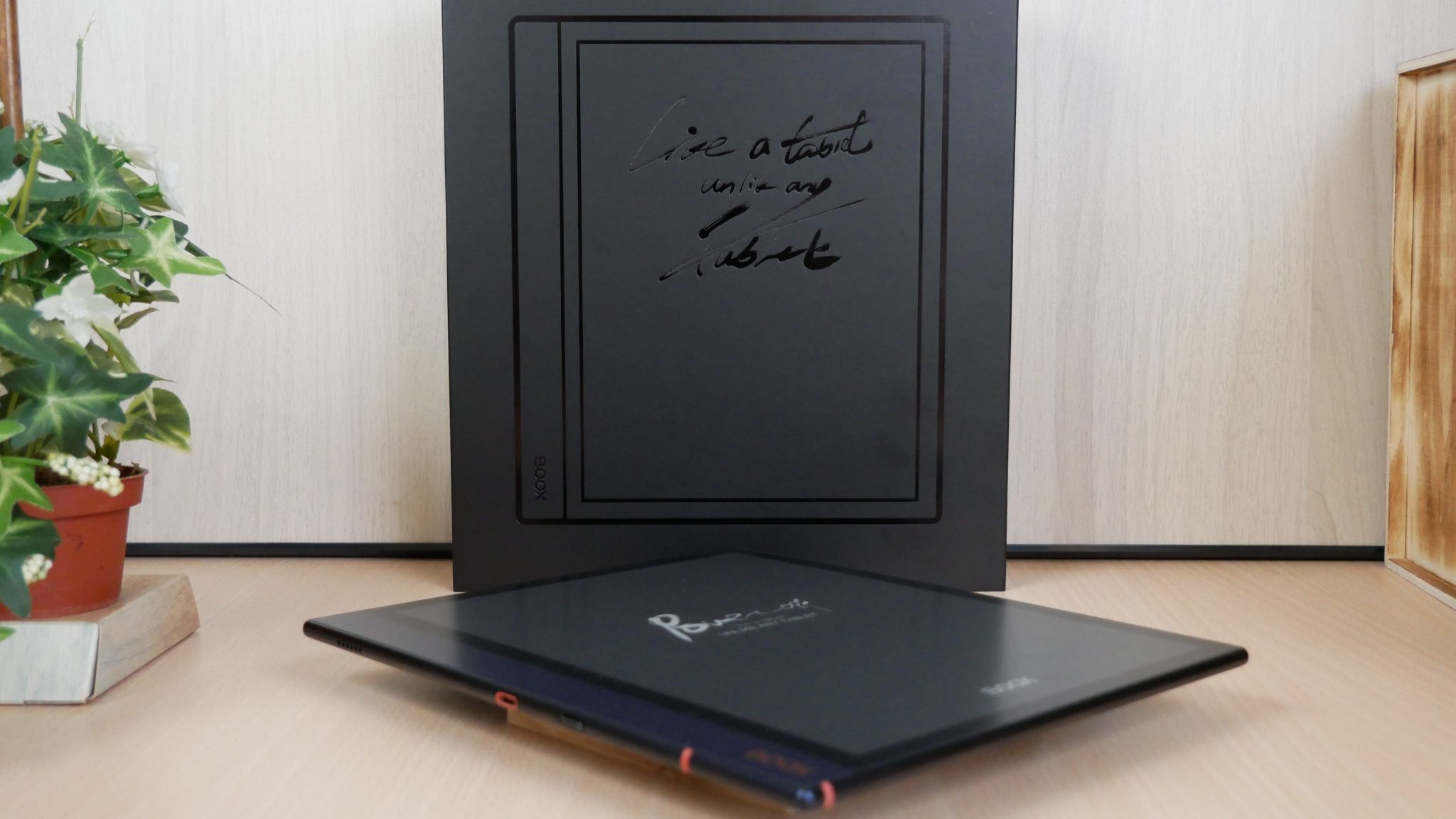 The Note Air 2 is running Android 11, which is very current by e-reader and e-note standards. You will be able to install virtually any modern app and downloading is done via Google Play. Onyx has made optimizations to 3rd party apps like Evernote, Onenote and WPS, so drawing will be much smoother. If you like reading on the Kindle app, Onyx has removed the page turn animations on the software level, not a specialized download. You will be able to view apps, PDF files and other documents with a split screen view, which not only works in landscape mode, but also portrait mode.

The retail packaging will be obviously the first thing you see, when buying it for the first time. The box has a black color scheme all over, with a cutout of the device on the front and logos of the brand and various certifications on the side. On the back is a list of the key selling features and tech specs. When opening the box for the first time the Note Air 2 is enclossed in a static proof bag. Underneath that is the quick start guide, which basically goes over what all of the various buttons do and gives you a tour of the core functionality, and warranty card. Inside a smaller box is the USB-C cable, which is black and new stylus.

Why should you buy the Note Air 2? It is ideal for people who want to read A5 documents, which is a popular size option used for a wide range of applications from document printing to greetings cards making and photo reproduction. It can also handle PDF files, but you might need to pinch and zoom a little bit for technical documents, but not for comics or manga. This device is ideal for people who want something to draw inside books, in addition to freehand drawing or making notes, the Onyx drawing software is tremendous.