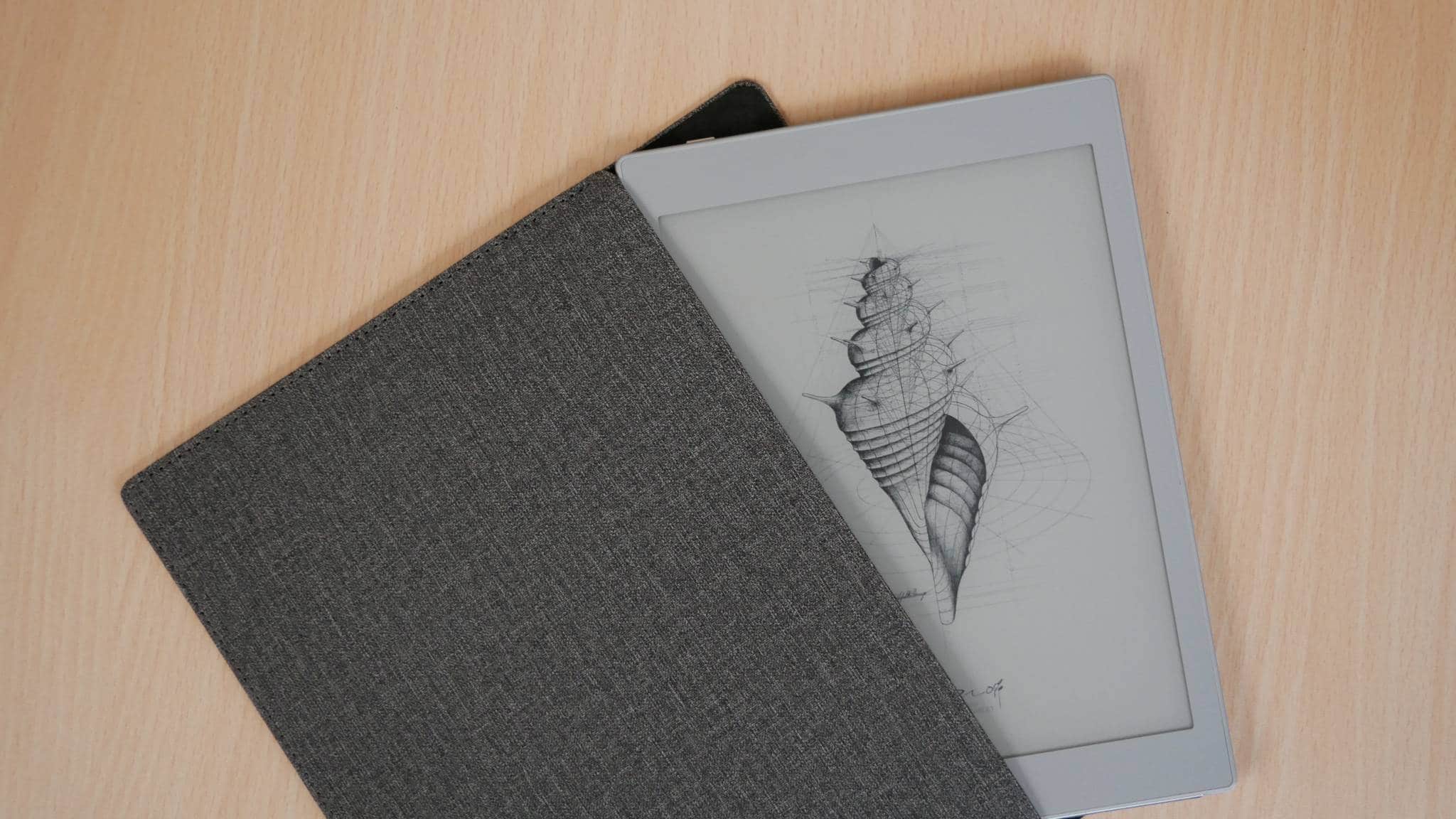 The Nova Air is a 7.8 inch e-note with a black and white screen. This device does it all, it can read ebook, view and edit PDF files and also run Android apps, thanks to Android 10 and Google Play. One of the most interesting things is the color scheme, it is silver, whereas most of their other products are black. So, you will know what generation you have, if you decide to upgrade in the future.

The Nova Air features a 7.8 inch E INK Carta HD capacitive touchscreen display with a resolution of 1872×1404 with 300 PPI. It has a front-lit display with white LED lights and a color tempature system with Amber LED lights. This lighting system can be combined, to provide soft warm light, when reading at night. The overall color scheme is a silver/grey. It has a chrome strip on the very bottom on the back, which adds a bit of contour. The back, has a ton of grip, and does not easily leave fingerprints, although the chrome strip does.

Underneath the hood is a Qualcomm Octa-Core Cortex A72 processor, 3GB of RAM and 32GB of internal storage. You can connect up to the internet using WIFI and it supports wireless headphones or an external speaker for audiobooks, music, podcasts and more, thanks to Bluetooth 5.0. If you don’t feel like using headphones, there is two stereo speakers, which has amazing sound. There is a USB-C port, which is useful for charging the e-reader to your PC or MAC, or even a wall charger. It is powered by a 2000 mAh battery, which should be good for a couple of weeks of regular use. The dimensions are 194×136.5×6.3 mm and weighs 235g.

Onyx has developed a new white stylus that is not triangular, and has 4096 degrees of pressure sensitivity. The nibs jut out a little bit more than their older stylus, which helps with drawing, offering pin point precision. The right side of the Nova Air is magnetic, so the stylus will automatically attach itself. There is a pogo pin connector on the left side, which is for the optional sleep cover case, that has manual page turn buttons. When you purchase the device, you get a free sleep cover case, that magnetically locks itself into position when you put the e-reader into it and close it. It is not very durable, since it is made of felt, but it should provide some degree of protection when transporting it in a backpack, purse or messenger bag.

The Nova Air I think is more compelling than the Nova 3. It is thinner, lighter, has stereo speakers, a better stylus, and is cheaper. You can buy it today from Good e-Reader for $349.99.