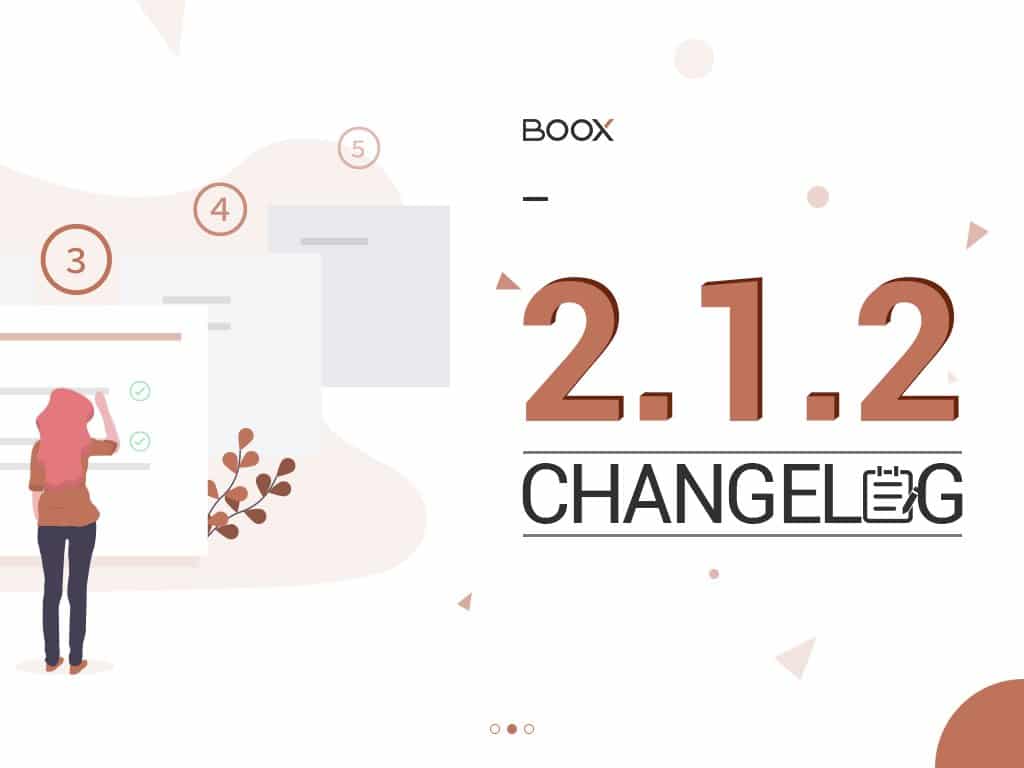 Onyx Boox is going to push out a new firmware update for most of their latest generation e-readers. Most of the fixes involve solving a number of bugs with the stock ebook app and digital note taking functionality. Within the next few weeks the update should automatically be pushed out via WIFI in the settings menu.

1. Now in sidenote mode, highlight and dictionary are available, but TTS is not supported.

2. Now sidenote can be switched to another side (right to left), or turned upside down.

3. Now the reading status time format is the same as the system’s.

4. Bookmarks can be renamed.

5. Fix a bug where highlight disappears after operations of copy, search, etc.

6. Fix a bug where certain words are only affected by image contrast.

7. Fix a bug where words overlap on the left page in double page mode.

8. Fix a bug where pages cannot be turned in certain TXT files.

9. Fix a bug where the area is not writable after virtual keys are hidden.

10. Fix a bug where bookmarks are not synced with actual pages.

11. Fix a bug causing current page out of sync when dragging progress bar.

1. Fix a bug where errors caused by blank note export.

2. Now words can be copied from apps to text input of keyboard.

3. Now to copy and paste across pages are allowed.

4. Now the note page can be re-ordered (under thumbnail).

5. Fix a bug of ghosting after erasing.

1. Adjust the writing area and button of keyboard.

2. Add a speech-to-text function, long press space key to run it (only for models with MIC).

5. Neo Reader is no longer the default way to open documents downloaded by third-party apps (based on supported apps).

7. Speed up the library loading after a large number of books transferred.

8. Now built-in dictionaries can be called out in the built-in browser.

9. Fix bugs where certain apps randomly hang during use.

Fix some other bugs and optimize UI.