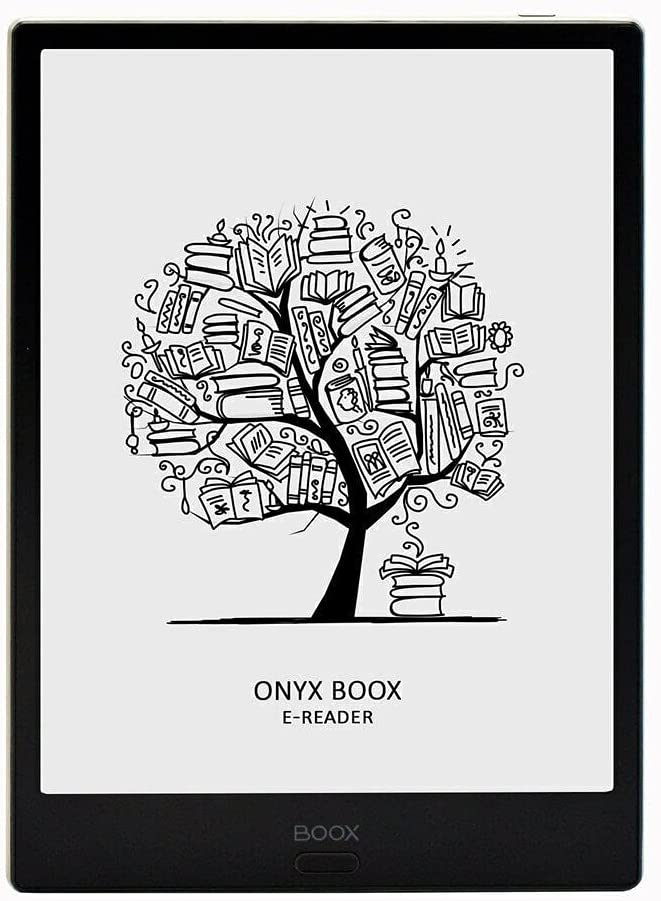 Onyx Russia has just released a brand new 10 inch e-reader called the Onyx Boox Lomonosov. This is a dedicated ebook e-reader and does not have a WACOM screen or stylus. It has Android 10 and Google Play. It looks like Onyx is going to be competing against the Boyue P10 with this model and market this to people who want a large screen device, but don’t want any note taking functionality. There is a market for large screen dedicated large screen e-readers that are exclusively tailored for reading comics, graphic novels, manga, magazines and newspapers.

The Lomonosov features a 10 inch E INK Carta HD screen with a resolution of 1600 x 1200 E Ink Carta screen with 200 PPI. It has a front-lit display to read at night, it also has amber LED lights for the color temperature system. Underneath the hood is a 1.8GHz octa-core CPU, 3GB of RAM and 32 GB of internal storage. You will able to connect up a wireless speaker or earphones via Bluetooth 5. It also WIFI, so you can surf the internet and download apps from Google Play. Charging and transferring data is done with the USB-C port. There is also a microphone, which is good for talking to people on discord. You should get around 3 weeks of usage, before needing to recharge, thanks the 3150 mAh battery. The dimensions are 239 × 168 × 7.2 mm and weighs 420g.

There is no word yet if Onyx Boox International will develop their own 10 inch device and call it something else. In the meantime, you can purchase this from Amazon for $399, you can also buy it direct.  It might come from Russia, but it is supported in a myriad of languages, including English.