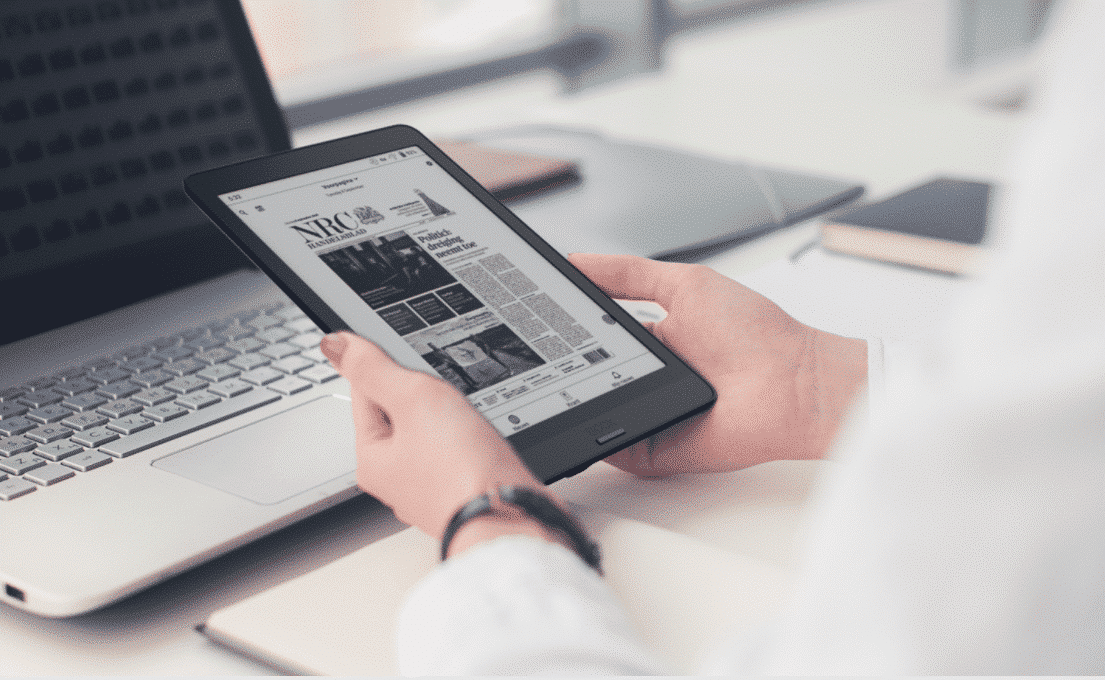 The Onyx Boox Nova 3 is a brand new 7.8 inch digital note taking device and e-reader. This device is 33% faster than the Onyx Boox Nova 2, this is primarily due to the new processor and DDR4X RAM. The big selling points are Android 10, which provides better security for your device and also Google Play. It is available now from the Good e-Reader Store for $339.

The Onyx Boox Nova 3 has a 7.8 inch capacitive dual touch display with a resolution of 1872×1404 with 300 PPI. It has a front-lit display to read in the dark. There are 17 LED lights in total, 8 are amber LED lights. There is also a WACOM layer, for integrations with the accompanied stylus. The screen  is flush with the bezel and it has a glass based display.

Underneath the hood is a Qualcomm Snapdragon 636 Octa core processor, 3GB of DDR4X RAM and 32GB of internal storage. It has a USB-C port with OTG and also has Quick Charge 4.0, so you can power it up to full in under an hour. Unlike the Nova 2, this has speakers and Bluetooth 5.0, instead of 4.1. There is a microphone, so you can take audio notes or talk to people in Zoom or Skype. It is powered by a 3150 mAh battery. The dimensions are 196mm, 137mm, 7.7mm and weighs 265g.

This device has Android 10, which provides more security than the other Onyx devices that are running Android 9, or below. It has full Google Play integrations, so you can download millions of paid and free apps. This device is totally compatible with all of your favorite apps, such as Kindle, Kobo, Nook, Overdrive Libby, Scribd and tons of others.

The Nova 3 is available now from the Good e-Reader Store for $339. 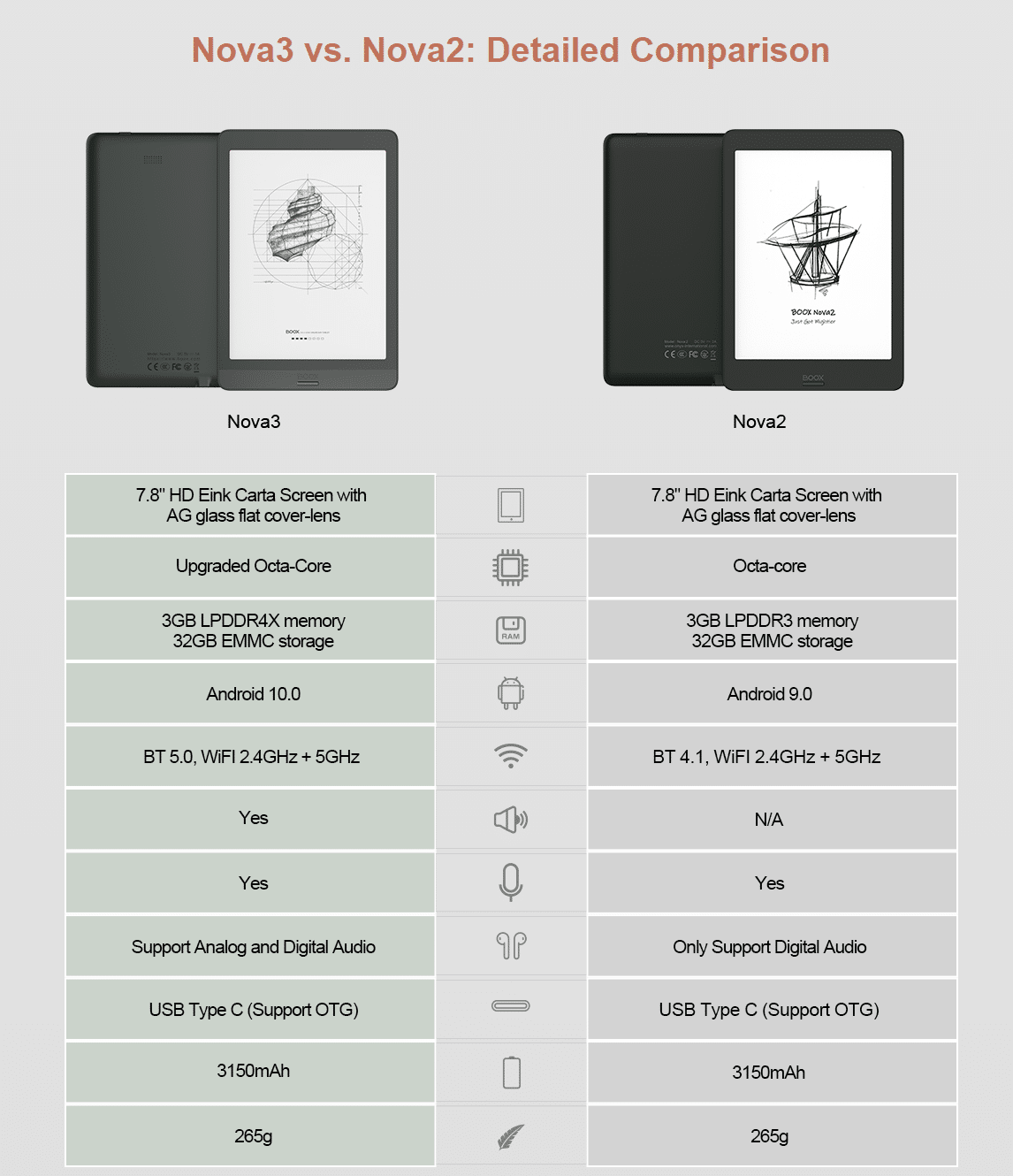