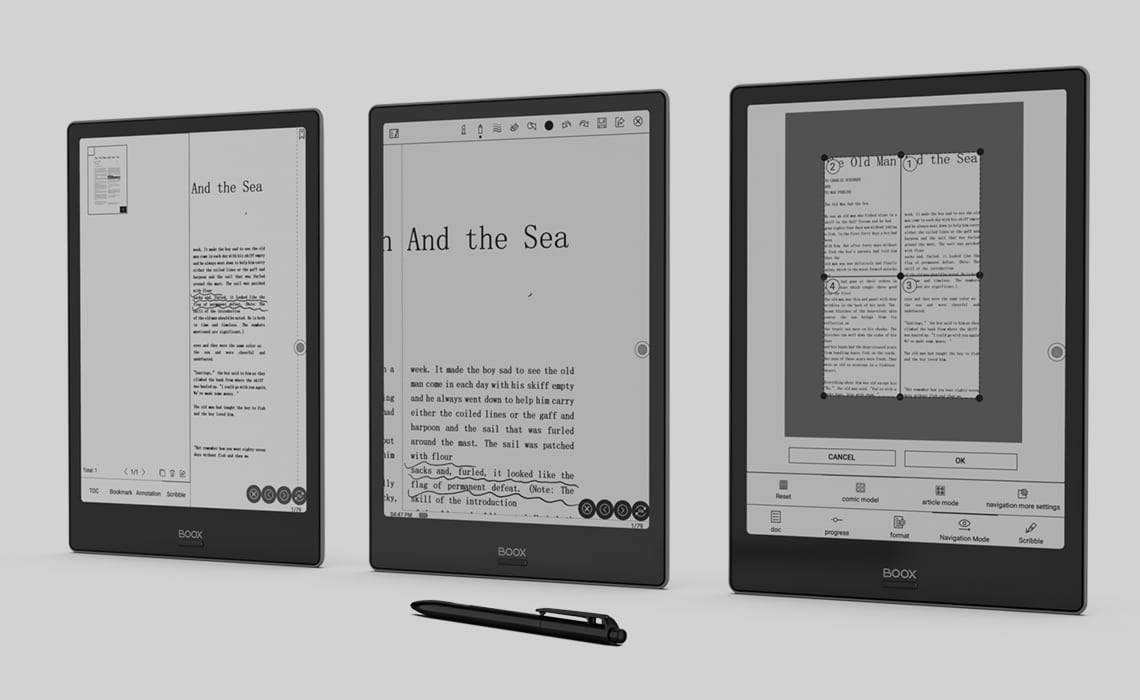 Onyx Boox is going to be issuing a new firmware update in early December and it will give users some great digital note taking functionality with ebooks. You will be able to highlight, annotate and draw on popular ebook formats such as DJVU, EPUB, FB2 and Mobi. This is in addition to new support for comic book and manga formats such as CBR and CBZ. Onyx Boox is the only brand to natively support all of these formats, which gives them a tremendous competitive advantage.

The 2.2.2 firmware update will be issued for the Nova Pro, Poke Pro, MAX3, Note 2, Note Pro and many of the devices they have issued in the past year. Onyx tends not to support older models that they have discontinued such as the Note Lite, Poke and Nova.

One of the advantages of this new drawing engine, is that you only have to open the book and you can start drawing right away. You do not have to click on a sub-menu to activate the drawing feature.

If scribbling on ebooks, comics and manga is something you are interested in and have been on the fence on what Onyx Boox product is right for you, I suggest the Nova Pro, Note 2 and Note Pro. They are all available from the Good e-Reader Store and are all on sale.