The Onyx Boox Note Air features an all new design and has a front-lit display with a color temperature system and ships with Android 10. The Note Air comes with a free case, screen protector and stylus! This might be the best 10.3 inch e-note of the year!

Underneath the hood is a Qualcomm Snapdragon 636 processor with eight custom Kryo 260 cores at up to 1.8 GHz, an Adreno 509 GPU, 3GB of RAM and 32GB of internal storage. It has Bluetooth 5.0 to connect up wireless accessories, such as headphones or a speaker to listen audiobooks, music or podcasts, or  you can use the built-in speaker.  You can surf the internet with Wi-Fi (2.4GHz + 5GHz). It has a new G-sensor and can be switched around 360 degrees. It is a few inches thinner than the previous generation Note.

Note Air with Android 10 OS is even more compatible and flexible. You can install any app and open two apps at the same time to double your efficiency. Google Play comes with this device, so you can download over a million free and paid apps. This is one of the big strengths behind the Onyx brand, you don’t really have to sideload anything, other than ebooks if you want.

When it comes to note taking, Onyx has devised an all new stylus for this model. It magnetically attaches itself to the side of the device. Visually, the stylus has a few different tones of black and is well constructed. When you purchase the Note Air it comes with a free stylus and case. 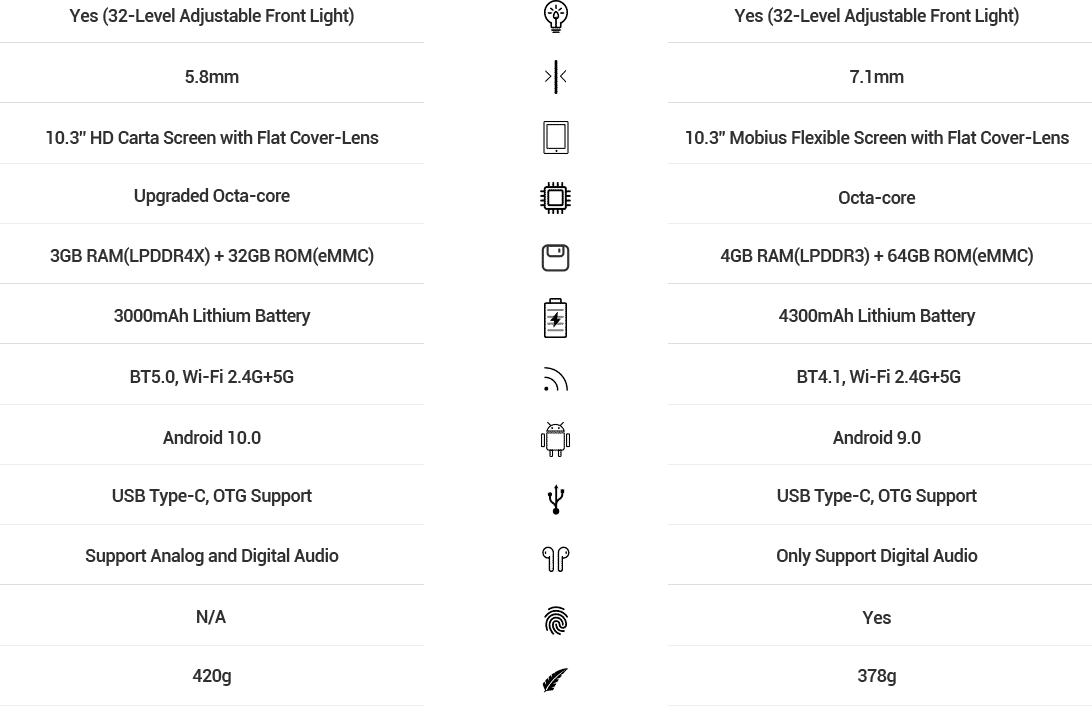