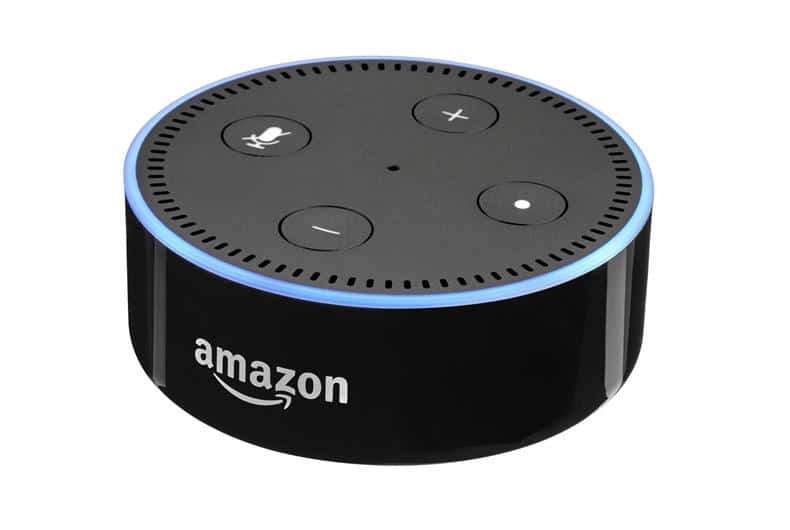 The Amazon Echo Dot is available all over the world and it is the most affordable speaker with Alexa. Initially Alexa was an interesting curiosity, but has developed into a very capable voice assistant that can help you with everything from telling you the weather to playing music from Spotify.

The Echo Dot is a good-looking little product. It’s around the same circumference as the full-size Echo, but this new Dot lacks a volume ring. Instead it has two buttons on its top to control volume directly, in addition to the mute and listen buttons. The Dot light ring on the top, that lights up when when Alexa is listening to you through its seven-microphone array.

Getting started here is simple. Connect the Echo Dot to your wifi, download the Amazon Alexa app, and warm-up your vocal cords. The Echo Dot has no fewer than seven microphones to make sure it can hear you in even noisy rooms, and a tiny speaker for playing commands and music.

Alexa is one of the those voice assistants that improve over time.  It’s kinda tedious but really improves the accuracy. I’ve now gone through three trainings with the dot, the phrasing gets more intricate with each, and it really is amazing how much of an improvement it makes. Kinda hard to quantify, but I’d guess Alexa is at least twice as likely to understand long, complex phrases and has also gained noticeable accuracy when ambient noise I’d present.