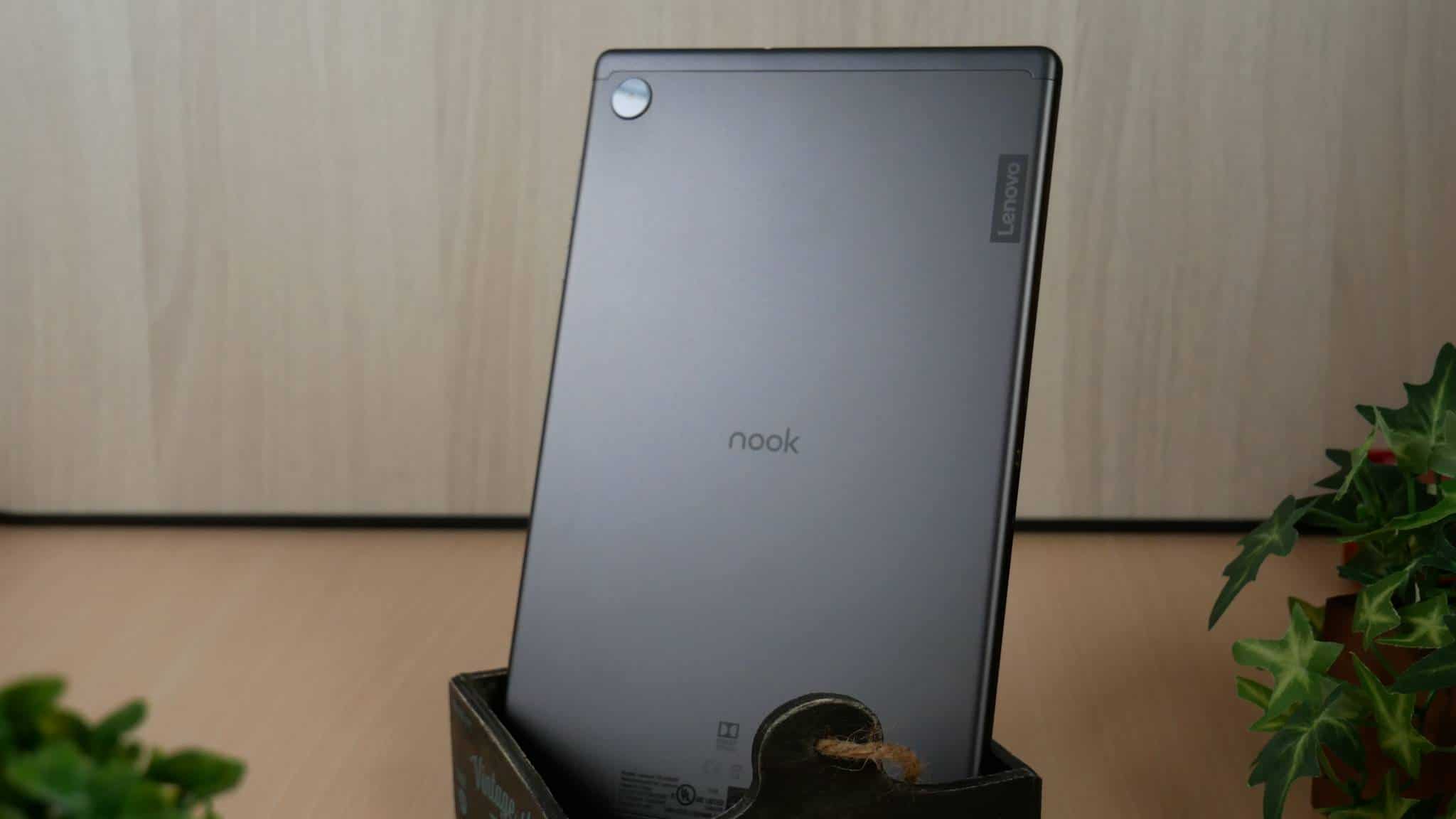 The Barnes and Noble Nook 10 HD is their first modern tablet to be released in over three years. The bookseller partnered with Lenovo for this product, and it is actually more affordable. Lenovo sells the M10 HD, for $189, but the Nook variant is $129.99, so it makes sense to buy this device. Our review will primarily evaluate the e-reading prospective, and take a look at ebooks, magazines, newspapers and manga. Of course, this is an Android 10 tablet, and has all of the Google apps preinstalled, and you can even access Google Play to download all of your favorite apps. 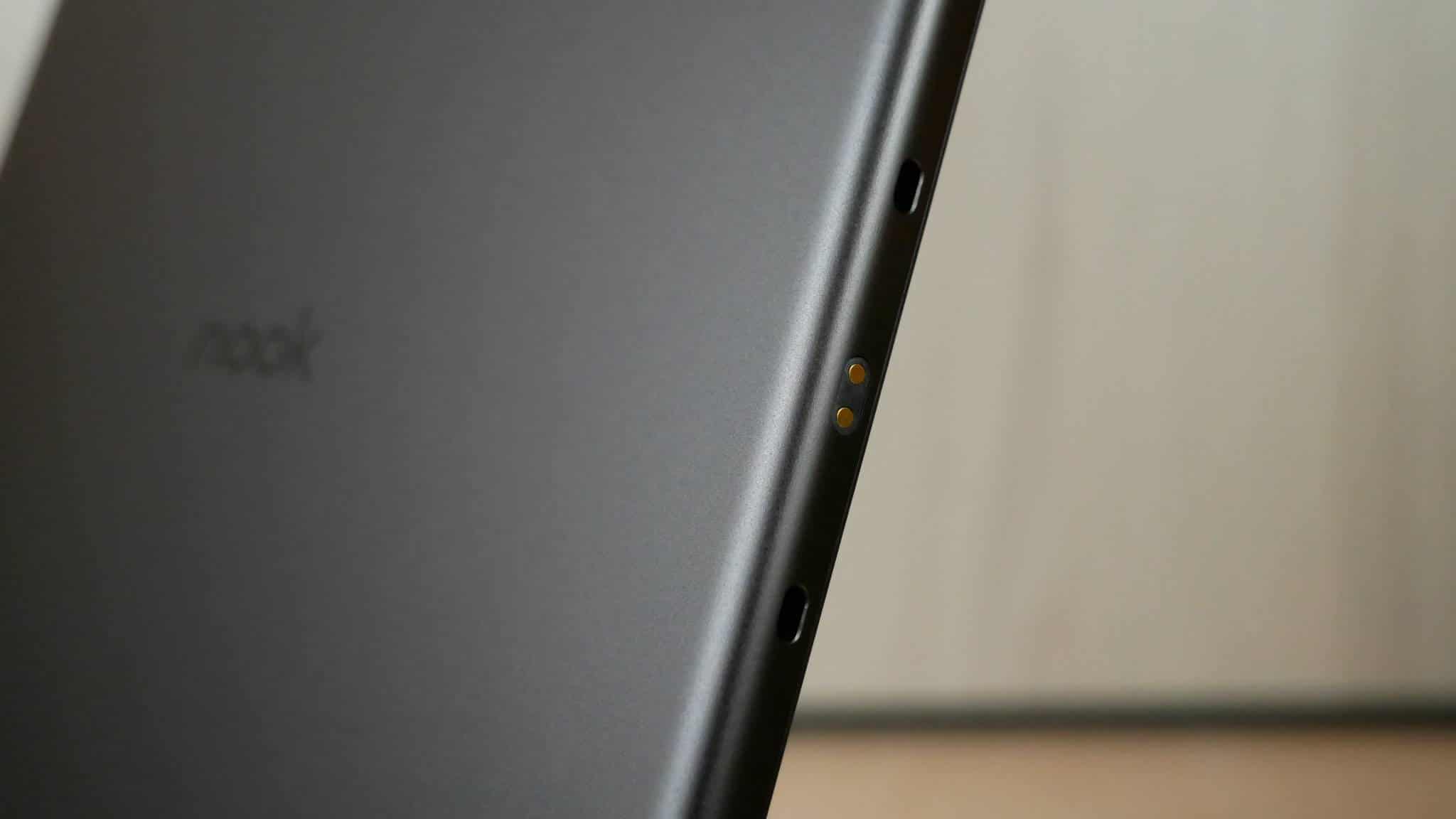 The Nook 10 HD features a 10.1 inch IPS display with an 85 percent screen-to-body ratio and a resolution of 1280 x 800 Pixels with 149 PPI and 400 nits. The tablet offers customers endless entertainment in one package with NOOK eBooks, digital newspapers and magazines, Google Play, Google Assistant, Kids Space from Google, which is a new kids mode featuring apps, books and videos. It has a special blue light filter mode, which turns the screen orange, similar to how most e-reader companies use amber LED lights for this effect. I think it is important to note that this is a tablet, with a backlit screen and not a dedicated ebook reader, using E INK technology.

The front of the tablet is very reflective, since it has a layer of glass. The color scheme is all black on the front and the back has a looks like gunmetal, and is actually made of pure aluminium. There is a Nook and Lenovo co-branding also on the back, as well as the rear facing camera. On the side, there’s a textured power button, a volume button, and a microSD card slot. There’s a single USB-C port on the bottom. Interestingly, there’s a pop-port for a dock along the other side. Barnes & Noble had a keyboard case and a charging dock for the previous Nook Tablet 10.1″, and some may be in the works for this model as well.

Underneath the hood is an Mediatek P22T 2.3 GHZ octa-core processor, 2GB of RAM and 32GB of storage with the option to expand with a micro-SD card, allowing readers to build an extensive digital library with to 256 GB of additional storage. Barnes and Noble has a service they don’t promote very much, and isn’t even preloaded on the tablet, but it is called Nook Audiobooks. Many people have their own favorite audiobook ecosystem, such as Audible, Kobo or even the public library. You can listen to audiobooks, podcasts or even music with a pair of bluetooth headphones or earbuds. It also has 3.5mm headphone jack for wired connections. If you would like to forgo accessories all together the Nook 10 HD has two stereo speakers that are powered by Dolby Atmos. The speakers clocked 103dB at six inches in testing, which is very loud. They do sound a bit tinny sometimes, but for audiobooks or podcasts, they will be totally fine. There is a front-facing 5MP camera for Skype, Zoom or Discord, and it also has a rear facing 8MP snapper, but it doesn’t have a LED flash. It has a USB-C port to transfer data or to charge your device, it comes with a USB cable to plug in to your computer, but also a wall charger. You can easily get up to 12 hours reading on a single charge, but your mileage may vary if you are using lots of apps.

I think the overall design of the Nook 10 HD is more than fine. I wish it had a bigger battery and a 1080P display, but for $129 I am certainly not complaining. This tablet is geared towards ebook consumption or listening to audiobooks, but playing AAA titles. The product was not designed to compete against the iPad, Microsoft Surface or Samsung Galaxy Tabs, which are all pretty expensive. Barnes and Noble instead wants to compete at the lower-end of the spectrum, their primary competition would the Amazon Fire line of tablets, which all have better resolution on their 8 inch and 10 inch models. 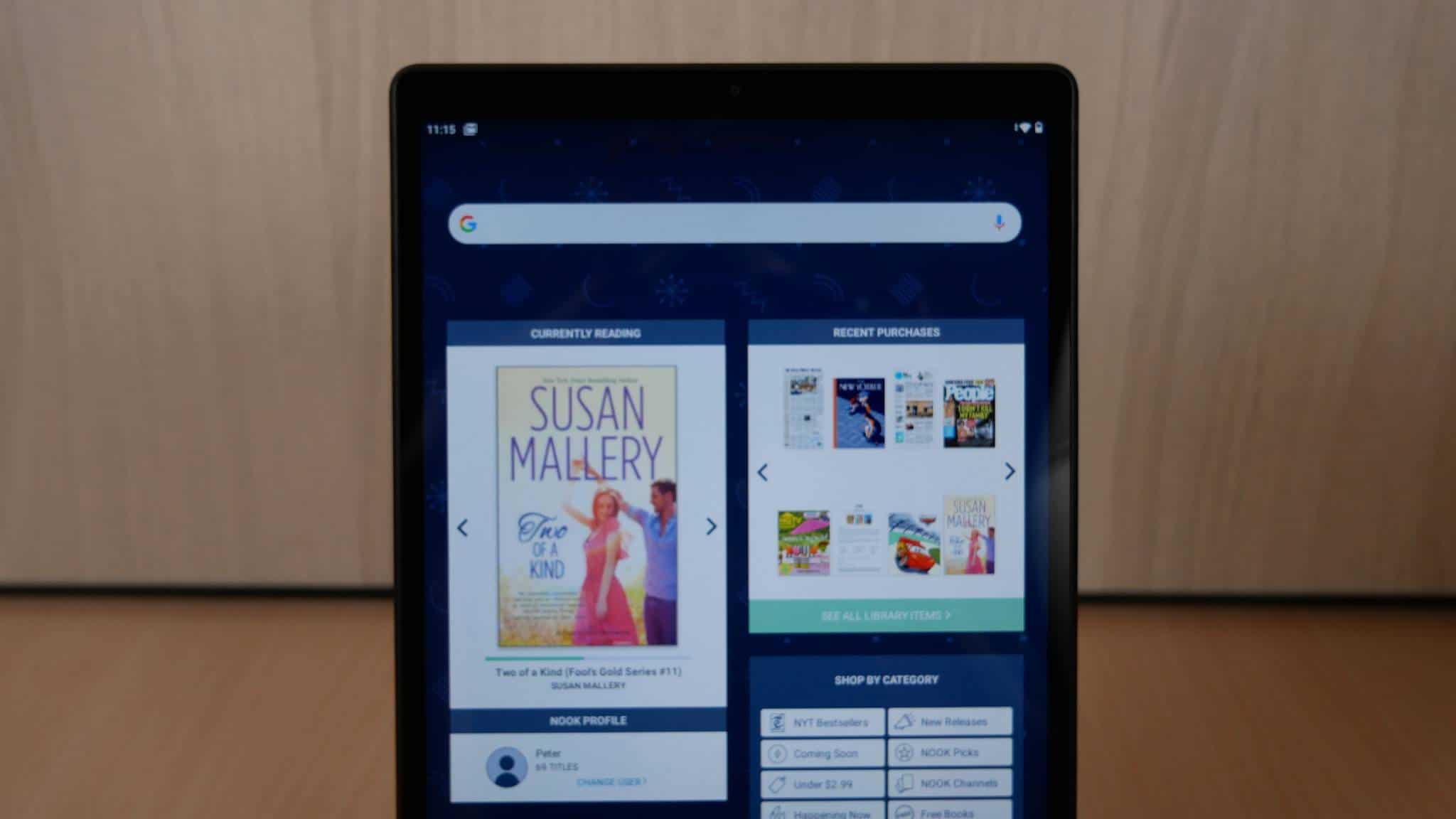 The Nook 10 HD is running Google Android 10 and comes preinstalled with all of the normal Google apps that you found find on fully featured tablets or smartphones. This includes the Google Play Store, which you can use to download any app you want, free or paid. Lots of people have a small list of apps they will install on all of their devices, and the Nook can handle them all. I like the ability to download Overdrive Libby to borrow ebooks and audiobooks for free from my local library, Comixology for all of my single issue and graphic novels, Manga Rock and VIZ for all my digital manga and using Chrome for all my webcomics and webtoons that I follow.

When you power the tablet on for the first time it will ask you for your Barnes and Noble account information. It will then load all of the digital content you have purchased over the years, which includes audiobooks, ebooks, magazines, newspapers, graphic novels and manga. There is a Nook widnet on the home screen, displaying the three most recently read materials. Next to that, is another widget for your recent purchases, so they are easy to find, if you want to read a new book. Underneath that is yet another widget for shop by category and lists some of the most popular ones, such as New York Times Best Sellers, Coming Soon, Happening Now, Romance, New Releases, Nook Picks, Free ebooks and Magazines. There are only two apps on the home screen, Play Store and Duo. There are icons on the bottom, that provide direct access to your library, bookstore, current read, Chrome, Google Assistant and a folder for all of the Google apps.

There is also lots of B&N apps on the next page. This includes all of their reading app and the store, but also a notes app, which lists all of the highlights and annotations you have ever made and a dedicated settings menu that just influences the Nook experience. You can access Nook Readouts, which is where you can find free ebooks, author interviews and various book blogs. There is a search feature to look for specific books or authors. 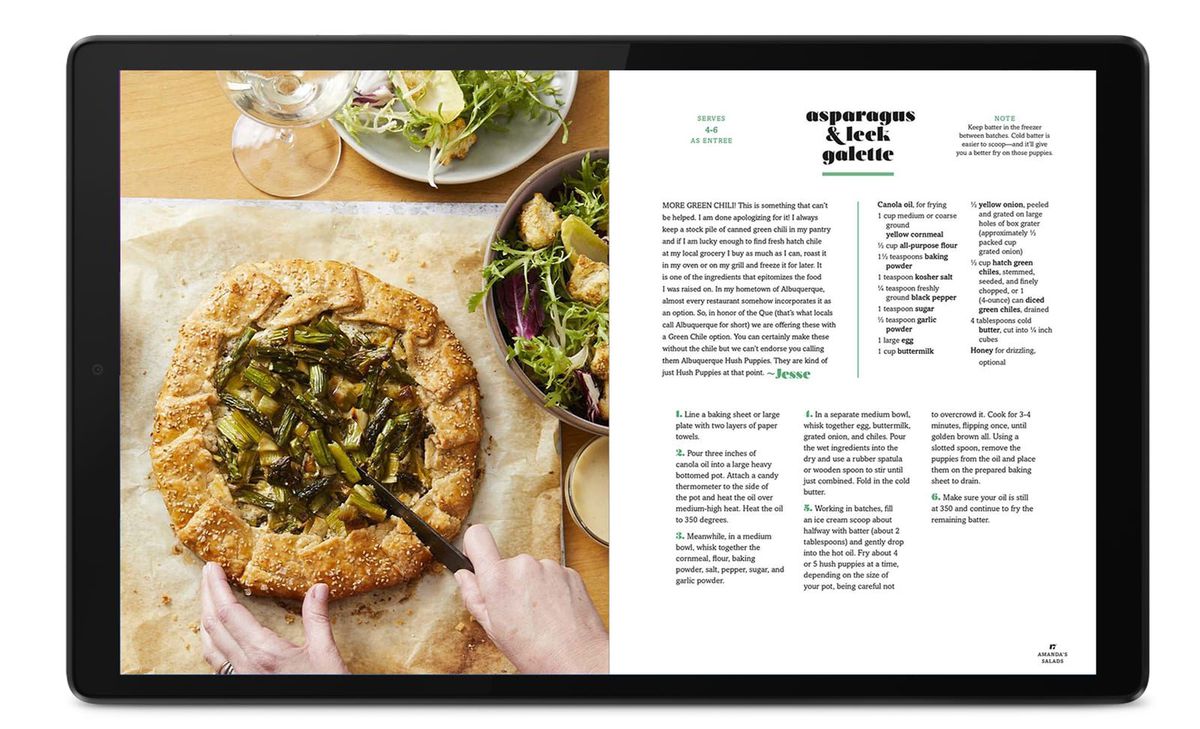 When it comes to purchasing digital content from Barnes and Noble, there are a few things you need to know. Although the hardware is only available in the US, so it is hard to get outside of the USA. If you can get your hands on one, it is possible to buy ebooks from Barnes and Noble, using your own credit card and local address. This is what we did in Canada and Japan with our different Nook accounts, the only problem we ran into, was certain magazines and college newspapers were region locked to specific markets. The vast majority of magazines, newspapers and manga all worked for us. If you live in the USA, it is really easy to just visit your local bookstore, buy one and bring it home the same day. It is also possible to order it from the main Barnes and Noble website and have it shipped out, they normally arrive quick. There is basically no restrictions for content for people who live in the US.

There are a few settings that make reading ebooks at night easier on the eyes. The brightness can be adjusted by swiping downwards from the top of the screen downwards. You can adjust the brightness of the screen, this option will really help with battery life, so the lower you have it, the longer it will last between charges. There is also a special blue light filter, which basically turns the screen from being vibrantly white to have a very orange hue. The hue can be adjusted with a slider bar, so you establish a sweet spot, making it easier to read in the dark.

Reading magazines is really solid on the Nook HD 10. All of the page turns are lighting quick. You can tap on the corners to quickly go to the next page, but if you long press and swipe, you actually get this neat page turn animation, that lets you peak on what’s on the next page. This peak system is also available for ebooks.

If you have ever used the Barnes and Noble Nook app for Android or iOS, you should feel right at home. The Nook for Android app is preinstalled and it is going to be your main reading app. You can establish font types, font size, margins, or alignment. Long pressing on a word will instantly pull up a dictionary definition, but also let you highlight in 4 different colors, create a note and share via social media.

I like how there is dedicated apps for the entire Nook experience. The bookstore is one that is just for this tablet and can’t be downloaded to other devices. It is full color, everything loads quickly and there is emphasis on ebook discovery. There are a few carousels on the top and a bunch of individual books that are listed. Barnes and Noble told me in an interview, that the new management is totally obsessed with providing solid recommendations. Some are based on algorithms, while others are manually curated by staff. 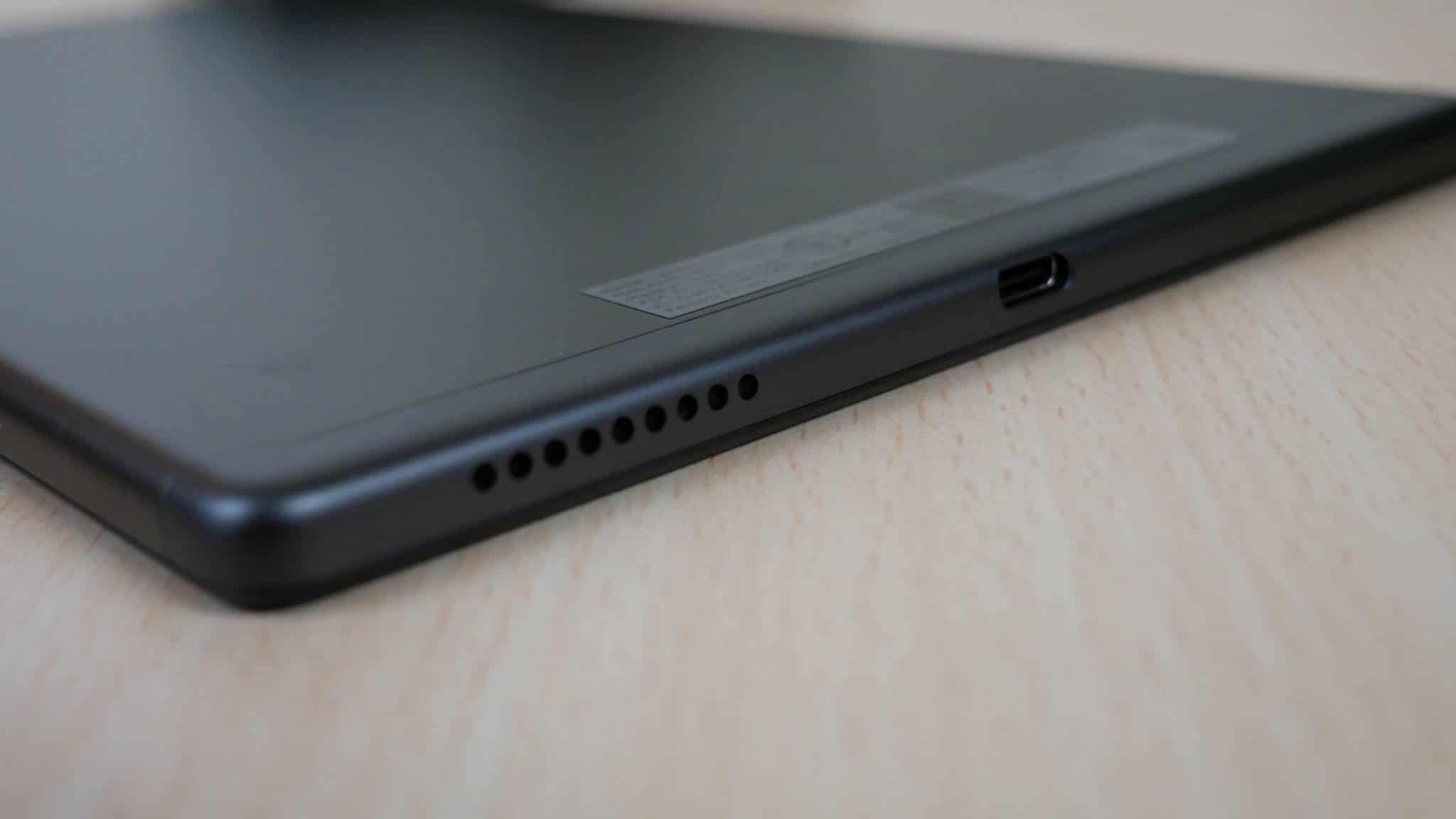 The Nook tablet is perfectly suited for reading, light streaming and not make you afraid to let the kids use it for awhile. The $129 price point makes it cheap and cheerful, but it is not a fantastic tablet. If you have a Nook tablet from the past generation or even older, I would upgrade to this model. The large 10.1 inch screen makes digital content shine, especially PDF files, comics and magazines. The fact that it has Google Play, makes it really easy to customize.