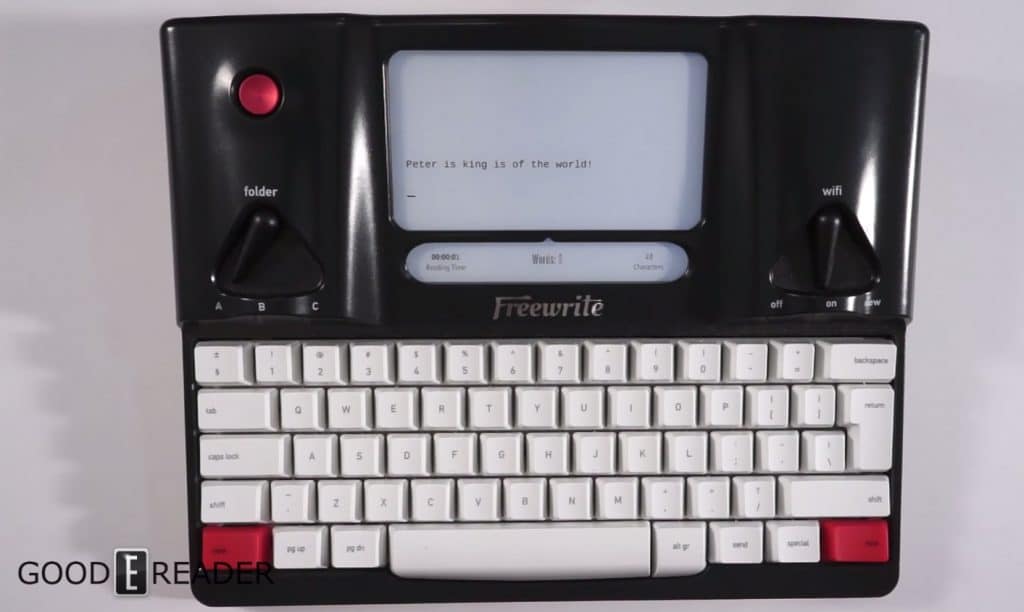 The Freewrite was initially designed to be a replacement to a laptop or a computer while at the cottage or on vacation. It is a niche device that is primarily aimed at authors who want to eliminate distraction from their daily life. There is no internet browser or email, it is a singular purpose device that features a small E Ink screen and a mechanical keyboard.  It has a WIFI toggle switch that you can turn off to conserve the internal battery. Once you are done writing for the day you can turn WIFI on and send your documents to to Evernote, Dropbox, Google Drive and a number of other cloud storage systems.

Initially the Freewrite was named the Hemingwrite when it first initiated a crowdfunding campaign in 2014. It took the company several years to work out the kinks in the various prototypes and it has been available for less than a year. It weighs four pounds, so it is comparable to the weight of modern laptops.

I like the fact that it supports USB-C which is quickly becoming the standard and that it has an SD card for more internal storage. It costs $499, so it will not break the bank but it is kinda expensive for what it is.