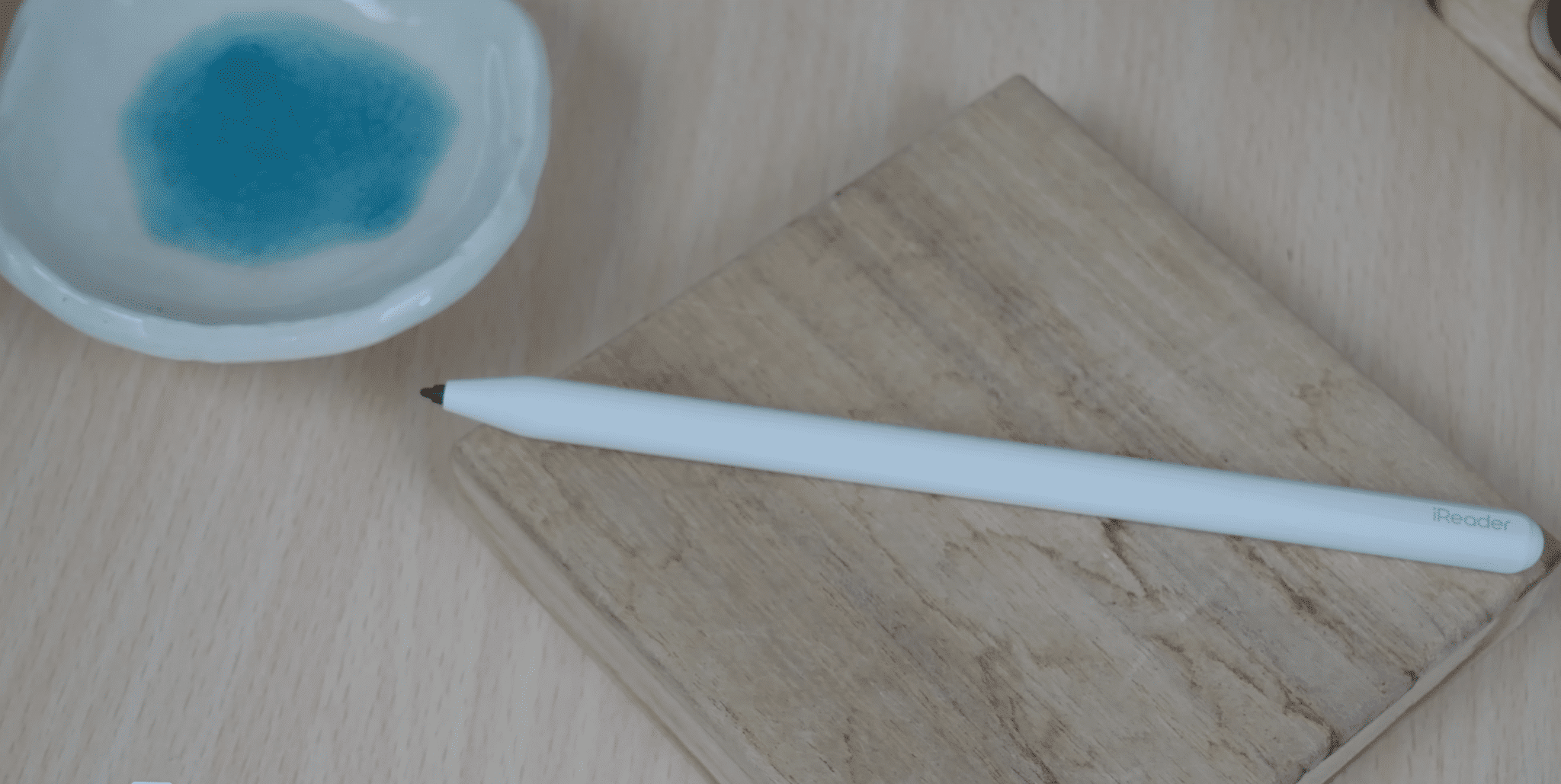 iReader has had multiple generations of stylus that are compatible with virtually any digital note taking device with a WACOM screen and the company has just released their 3rd generation model. One of the big changes from the previous generation is that the stylus now has an eraser, but it is quite different from most erasers on the market, since it is recessed and does not pop down, like many cheap erasers. It also has lost the clip, which now makes it easier to hold.

The iReader X-Pen with eraser comes in white and is quite easy to hold in the hand. The stylus has a number of new improvements that make it one of the best 3rd party writing tools on the market. It has a new metal core, which is used not only for added heft, but also to magnetically attach to devices that have this type of support, such as the Remarkable 2. The nibs have also changed, instead of plastic ones, they are now made of graphite blended tip. This makes it easier to draw on glass based screens, since you get resistance when writing. Plastic nibs are not really ideal for writing on glass, since they sometimes slip and slide all over the place. Graphite tends to wear down more than a plastic nib, but replacements are really affordable.

The eraser that the X-Pen is using is very interesting. It feels like it is capacitive, but its not. The eraser is actually a really new concept and has never been seen before in a stylus. Most stylus have a protruding plastic top, and when you want to delete something on the screen, and you press down, the eraser actually presses down, and providing an audible clicking sound. This can be disjointing, because in the real world, erasers don’t don’t do this. This new eraser can be tilted, which makes deleting content fun!

The overall design is a bit different than normal plastic pens. This has a hexagonal shape, which makes it easy to hold and has a firm grip. One of the things that is very compelling about this new product is the sheer number of devices it supports. You can use it on the Remarkable 1 and Remarkable 2, Supernote, all of the Onyx e-notes made in the past three years and the previous generation of Boyue Likebook’s. It retails for $89, making it more affordable than most premium stylus on the market. You can order it from the Good e-Reader Store.