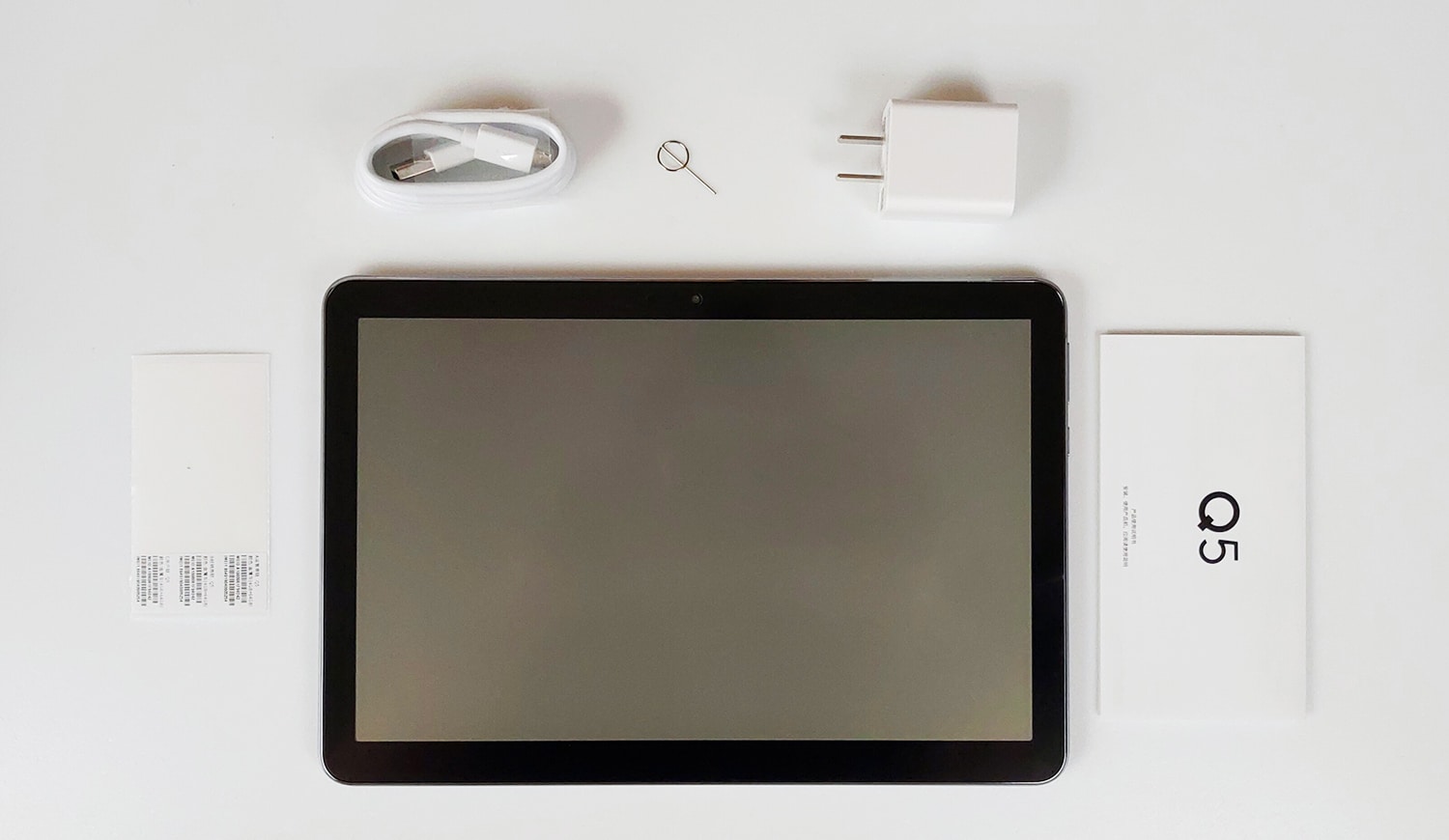 Hisense has released their first tablet with an transflective LCD display. It needs ambient light reflection to achieve screen clarity, so you need a light source. There is no backlight display, so unlike traditional LCD screens, there is nothing shining into your eyes. One of the key selling points of the Q5, is that you can run Android apps and watch videos, with no refresh issues that traditional E INK panels have.

The Q5 features a 10.5 inch monochrome RLCD display with a 16:9 aspect ratio and HD resolution. It has a gyroscope, so you can quickly flip the orientation from landscape mode to portrait. Underneath the hood is an Octa-core UNISOC Tiger T610 processor, 4GB RAM and there is 64GB of storage, you can expand the storage via the MicroSD slot. It also has a 3.5mm audio jack, an HDMI and micro USB ports. It is powered by one of the largest batteries ever found on an E INK device with 5,050 mAh with 5V/2A Quick Charging Support. The rear facing camera is 5MP f/2.2 camera sensor and is located at the upper left corner and it has an LED light. The front facing camera is 2MP f/2.4, perfect for video chatting or the odd selfie.

You can keep your device locked via Face ID – Facial Recognition software. You will be able to connect to the internet via WIFI 802.11 A/B/G/N 2.4G/5G and it even supports a SIM card for 4G networks. It is running Google Android 10, which is one of the highest versions we have seen on a Hisense device, although it does not have Google Play, but you can sideload apps.

This tablet is primarily being marketed in China, but it does have an English UI, English Keyboard and you can basically just uninstall all of the Chinese apps, if you do not have any use for it.

The retail packaging of the Hisense Q5 is a plain white box with the model number on the front and the Hisense logo on the top left. The sides have nothing on them and the back of the box has a bunch of certification information, bar and UPC codes.

When you open up the box the tablet is the first thing you see, it is contained in a static proof bag. There is a visual image on it, basically telling you where the SIM card is and how you remove it. Underneath that is a quick start guide and warranty information, but it is all in Chinese.  There is a small cardboard container that houses the Micro USB cable, wall charger and SIM card removal tool.

The front of the tablet is black and has a grey screen. The sides and back of the tablet are silver. On the bottom is the Micro USB port, 3.5mm headphone jack and an Micro HDMI port. On the right side are your volume up and down buttons, and power button. On the top of the device is the SIM card, which supports 4G networks. If you don’t want to use a SIM, you can just connect to the internet via WIFI.

When we powered it on for the first time, we noticed that Hisense is using the same launcher as their smartphone, so you are primarily using it in landscape mode. Basically, it looks like an oversized phone skin, so you might want to install an alternative launcher.

The Hisense Q5 is available from the Good e-Reader Store for $412 and ships quickly.