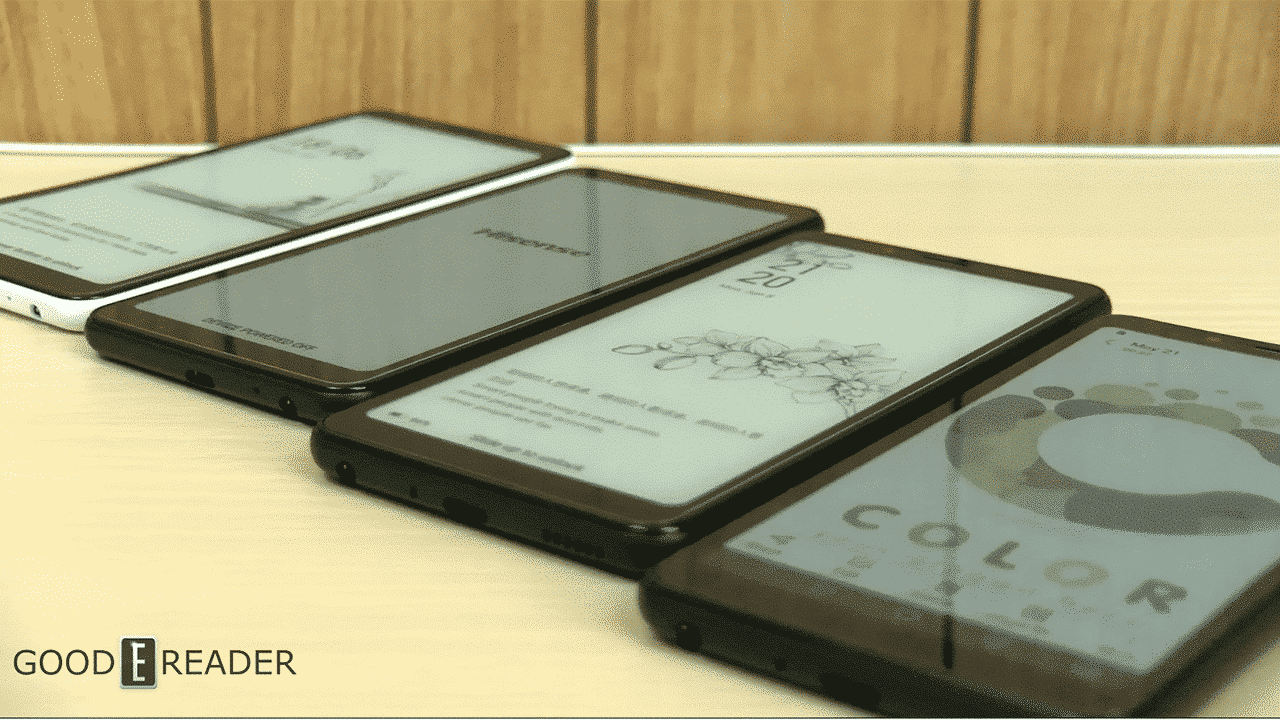 Hisense has been releasing E INK smartphones that run a modern version of Android for a number of years. They have so many different products currently available, that it can get quite confusing to people who want long battery life and something to use for their daily driver.

The Hisense A5 and Hisense A5 Pro use the traditional black and white e-paper display. The A5 came out last year and the Pro is the better buy, due to a higher version of Android and better hardware specs. The Hisense A5C and A5 Pro CC both came out this summer and are the first phones to employ color e-paper, the same technology that the Pocketbook Color brought to the table. I think the Pro CC is the better buy, it has a better processor, a fingerprint scanner, a dedicated speaker, and better hardware specs.

The Hisense A6L is a bit of an anomaly,  it is similar to the Yotaphone, with one screen having an LCD display and the other E INK. This device has been lost in the shuffle, even though it has great hardware, and a modern version of Android, it is very underrated.

This exclusive Good e-Reader Video takes a look at all of the current smartphones that Hisense is currently selling and gives you a sense on what they bring to the table.