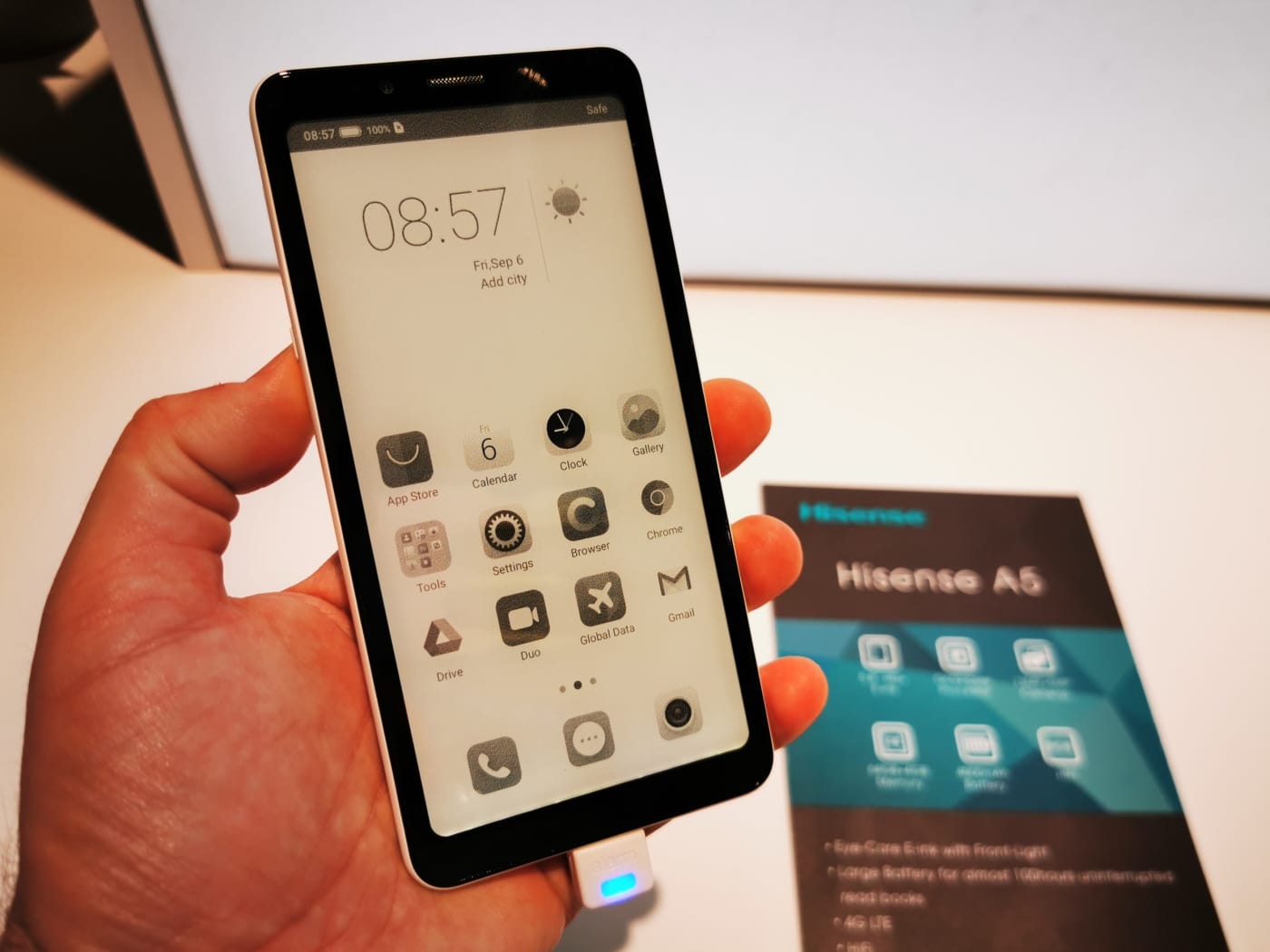 Hisense has just unveiled new smartphone that has a single screen E Ink Carta HD that is 5.8 inches. You will be able to adjust the screen brightness with the built in front-lit system, but it does not have amber LED lights. Underneath the hood is a Qualcomm 660 Octa-core processor, 4GB RAM and 64GB of internal storage. You will be able to snap pictures via the 13MP rear facing camera. It is powered by a giant 4000mAh battery, which should provide 10 days of constant use.

One of the most exciting elements about this upcoming smartphone is that it is employing Android 9.0 and has Google Play to download and install apps. They have not done any optimization for the UI, so it is basically running stock.

Hisense says the A5 will be able at the end of the year and it’s going to cost around $150 USD. It remains to be seen what type of availability it will have, traditionally Hisense does not market their devices in North America, instead they tend to focus on Europe.