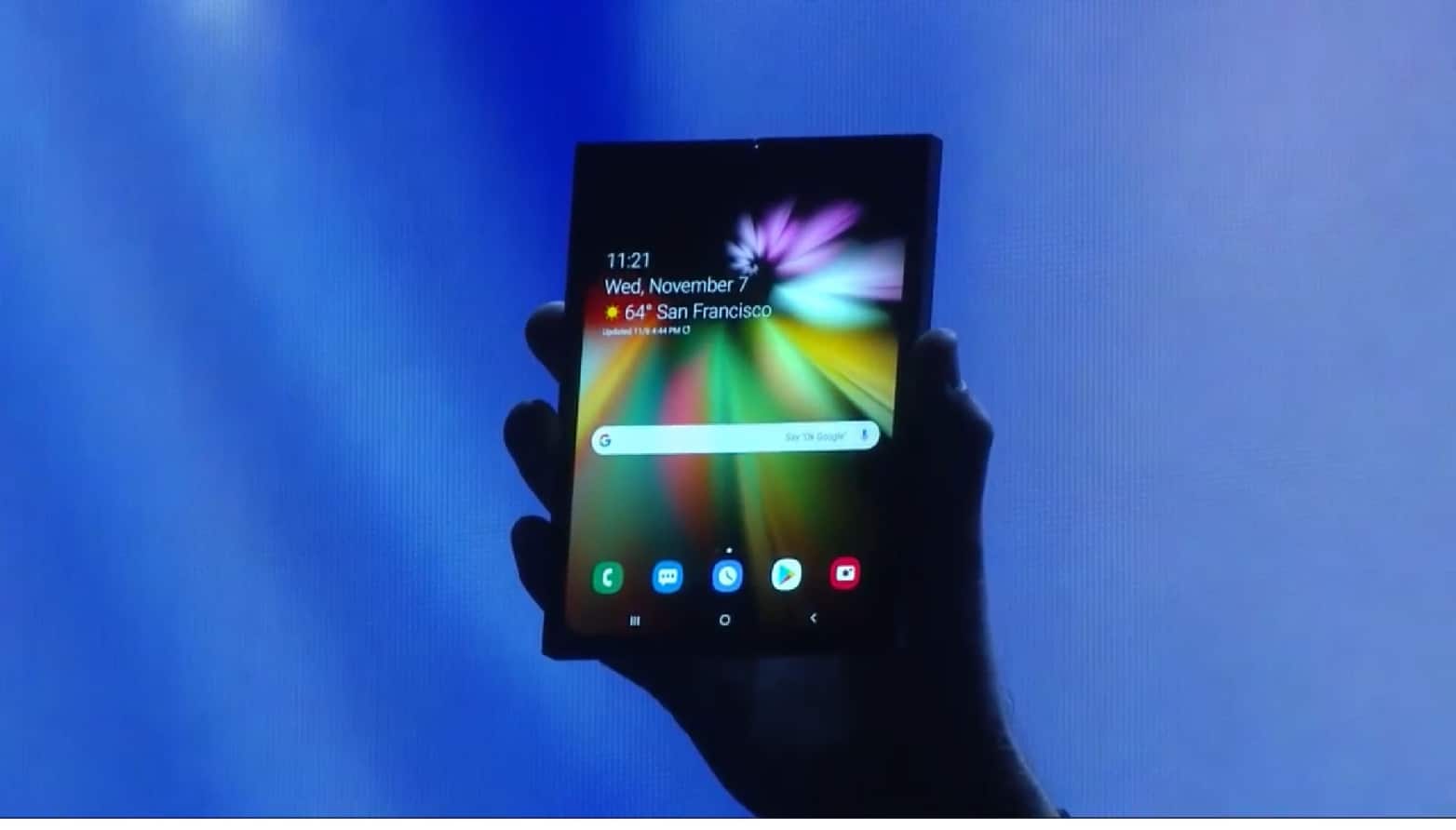 Samsung has just demoed a foldable smartphone at a developers conference. They are calling the technology Infinity Flex Display, and the phone itself has a tablet-sized screen that can be folded up to fit into a pocket. The device has two different modes; a cover display that acts as a phone, and a main 7.3-inch tablet.

Up to three apps will be able to run simultaneously, using something Samsung calls multi active window. Samsung says it will be able to start mass production of the Infinity Flex Display in a “matter of months,” according to Justin Denison, SVP of mobile product marketing. Samsung isn’t saying exactly when we can expect to see more than just this concept device. It is likely it will come out sometime in 2019.

Samsung shared more details about the Infinity Flex display technology in a news post on its website: The Infinity Flex Display together with One UI delivers a new kind of mobile experience allowing users to do things they couldn’t do with an ordinary smartphone. Users now have the best of both worlds: a compact smartphone that unfolds to reveal a larger immersive display for multitasking and viewing content.

The app experience seamlessly transitions from the smaller display to the larger display as the device unfolds. In addition, users can browse, watch, connect and multitask without losing a beat, simultaneously using three active apps on the larger display.

The Korean electronics giant says it’s been working on foldable displays for some years, but the thing that has held it back from releasing a foldable phone has been the need to invent a screen and new adhesives that can be folded and unfolded “hundreds of thousands of times”, without it ever forming a crease or cracks.

Even something as flexible as paper will eventually tear when you fold and unfold it too many times, Samsung executives say, pointing to the difficulty of the engineering feat that they say the company has now pulled off.

Google is working closely with Samsung for the foldable phone. They officially announced support for a category of Android devices it’s decided to call “Foldables.” VP of engineering Dave Burke said that Google is “enhancing Android to take advantage of this new form factor with as little work as necessary.” But as of right now, those enhancements are mostly just guidance for developers to start using already-existing features that are built into Android.