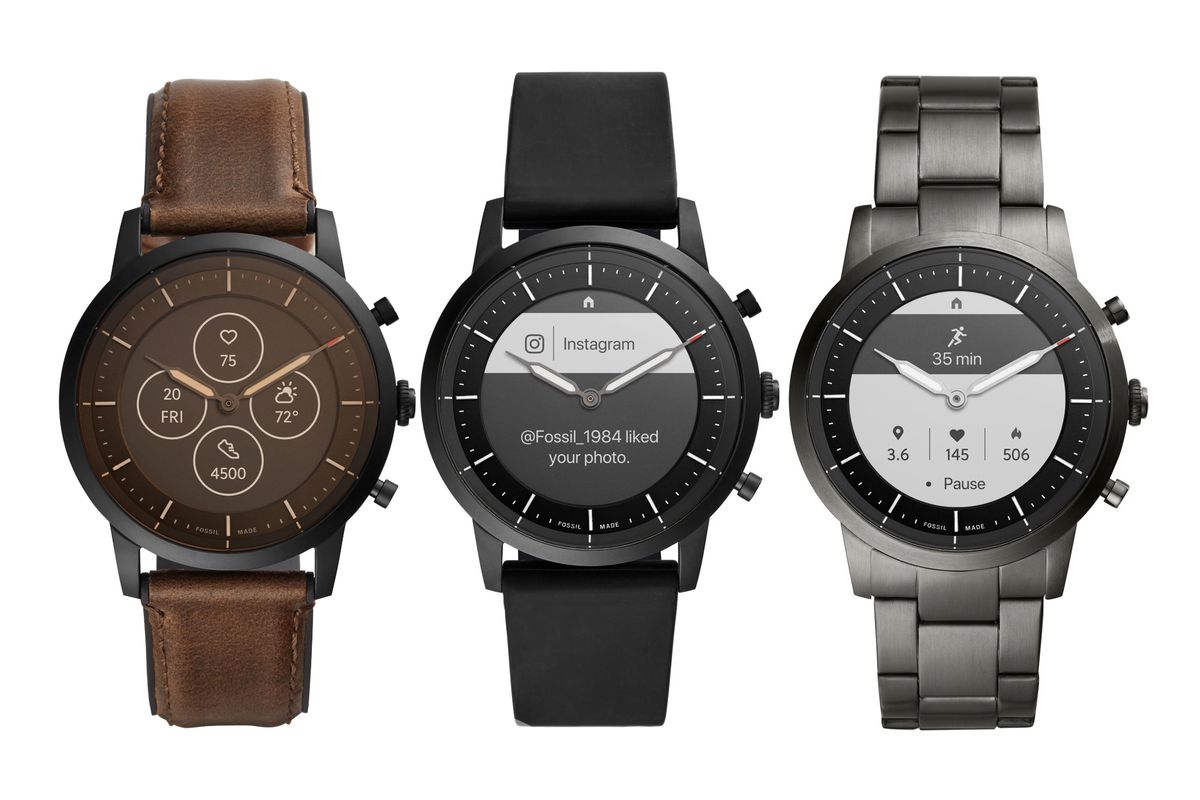 The Fossil HR is a hybrid E INK smartwatch that has analog hands and all of the other elements are displayed via e-paper. This includes icons and data such as heartrate, total steps taken, temperature, date and many others. It feels like a premium watch and looks classier than the Pebble, Fitbit or other e-paper watches such as the Sony Fes Watch. It is running Fossil OS, which was internally developed. You can look at the time and in the dark by double-taping the watch, and it will be lit up with four tiny LEDs. You can customize what the buttons do on the side of the watch with the official App. You can do things like initiate workout mode, stopwatch, music control and more!  It is priced very reasonably, at around $129 to $189, depending on what band you want.

The Fossil Hybrid HR features the dimensions of 4.5 x 4.5 x 3.4 inches; 5.54 Ounces. The E-paper screen real estate is around 44MM, which is great.  It has an always on display, so it doesn’t go into sleep mode, or force you to raise your wrist to wake it up. The hands are also luminescent, so the hands can be seen when the back light is not on. Battery life is around 2 weeks on a single charge and comes with magnetic USB charger in the box.>

Obviously, this is a hybrid watch, with limited functionality. You aren’t going to get a Apple Watch experience with a deep and rich app experience.  The heart rate tracking tends to be finicky, I tend to stick with Fitbit for step counting, sleep tracking and stress levels. Still, the price is right on this, it has  everything you need to style and profile while on the town, and unlike Apple or Google Watches, you only have to recharge it every two weeks, so this is reason enough to buy it.