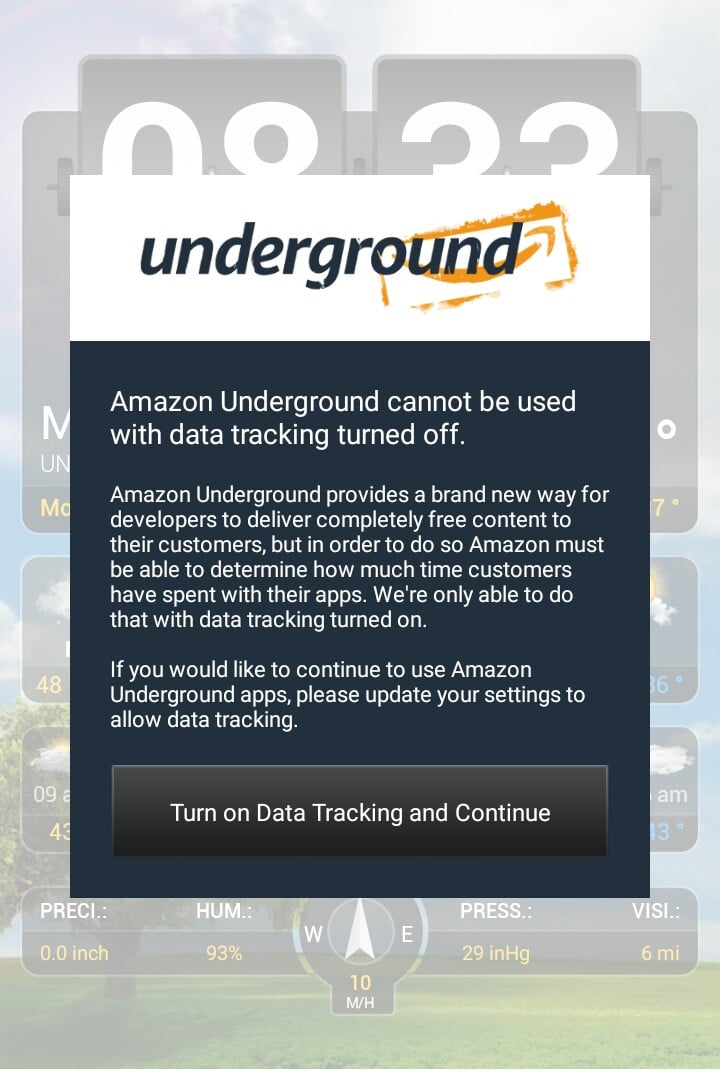 Amazon launched a new app store a few months ago called Amazon Underground. It offers people the ability to download paid apps for free and developers get paid the more people use the app. It does have some drawbacks if you are someone who is concerned with privacy. If you turn Data Tracking off on your phone or opt out of apps that ask you to share your location, all apps from Underground will not work.

There is a large segment of internet users that are concerned about the evasive amount of information that the Google Play Framework requires. Whenever you have a stock phone, the standard app wants access to most aspects of your device, including camera, contacts and location. This has prompted many people to install custom ROM’s such as CyanogenMod.

Plenty of advantages await people who root their phone and install ROMS, such as Privacy Shield and a slew of custom apps that give you more control over all aspects of your device.

Amazon Underground depends on location services and being able to track the time you use any of the apps that you install. This is merely because Amazon pays developers a small amount for each hour that you use their app. If Amazon cannot verify that you are using the app, it will give you a notification telling you to disable your privacy settings.