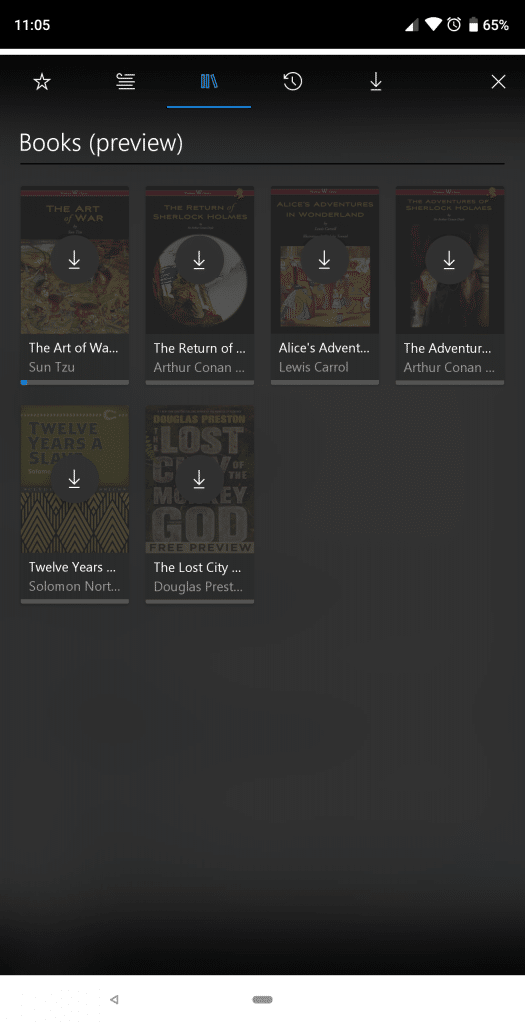 Microsoft has just added e-reader functionality to their Android app and like their iOS counterpart you can read ebooks, you just can’t buy them. This app is considered to be in preview mode, so it lacks most of the functionality as the main desktop version, such as TTS and Cortana.

The only thing the new Edge browser does well is change the size of the font and the font type. Unfortunately, things like bookmarks, annotation, and highlights are not supported at this time. There is also no way to purchase ebooks from the Microsoft Store, they are just able to be imported into Edge with your Hotmail account. It goes without saying that the entire ebook functionality only works for people living in the United States.