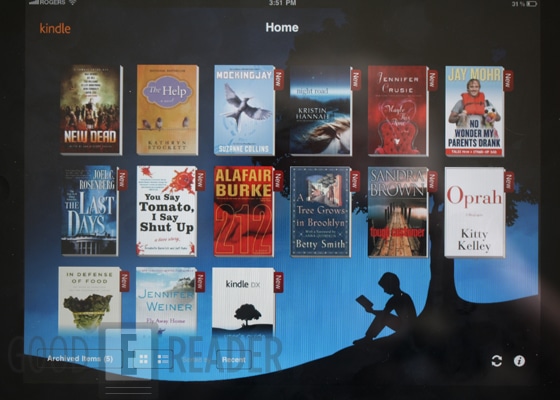 The Amazon update for iOS not only removes the store feature to buy new content but also puts in a load of new features. You can share quotes and passages with your friends and followers on Facebook and Twitter while reading.  You can now read newspapers and magazines on  your device if you subscribed to them on your Kindle. These newspapers and magazines are then synced to your iPad via the archive feature.