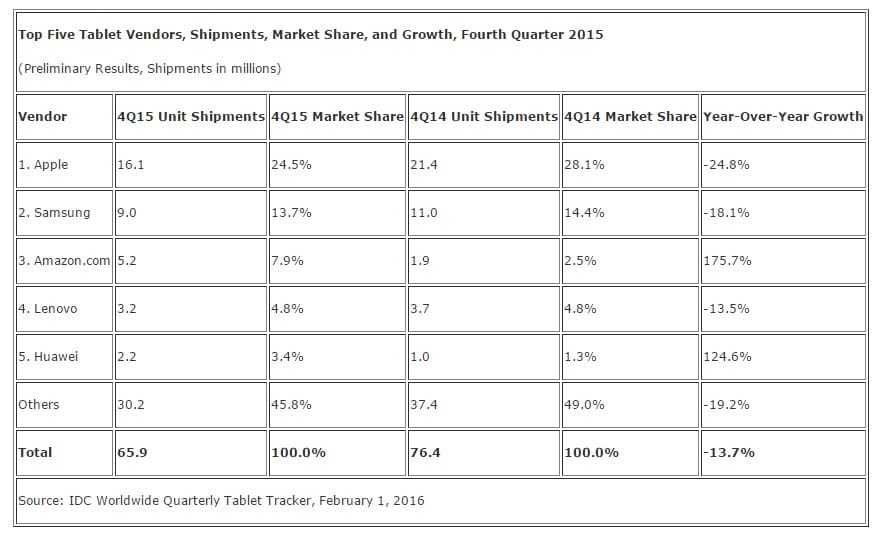 Amazon has experienced massive success in the three months leading up to the holiday shopping season with 175.7% growth in the worldwide tablet market.

Amazon’s latest $50 Fire Tablet piqued everyone’s interest with its low price point. Amazon’s success in the tablet market has thus far been purely based on price. It is very unlikely that the Seattle company can maintain strong sales growth going forward.

According to the IDC, the worldwide tablet market declined yet again in the fourth quarter of 2015 with 65.9 million units shipped, down -13.7% year over year.  Total shipments for 2015 were 206.8 million, down -10.1% from 230.1 million in the prior year. Despite the market’s negative trajectory overall, shipments for detachable tablets reached an all-time high of 8.1 million devices.