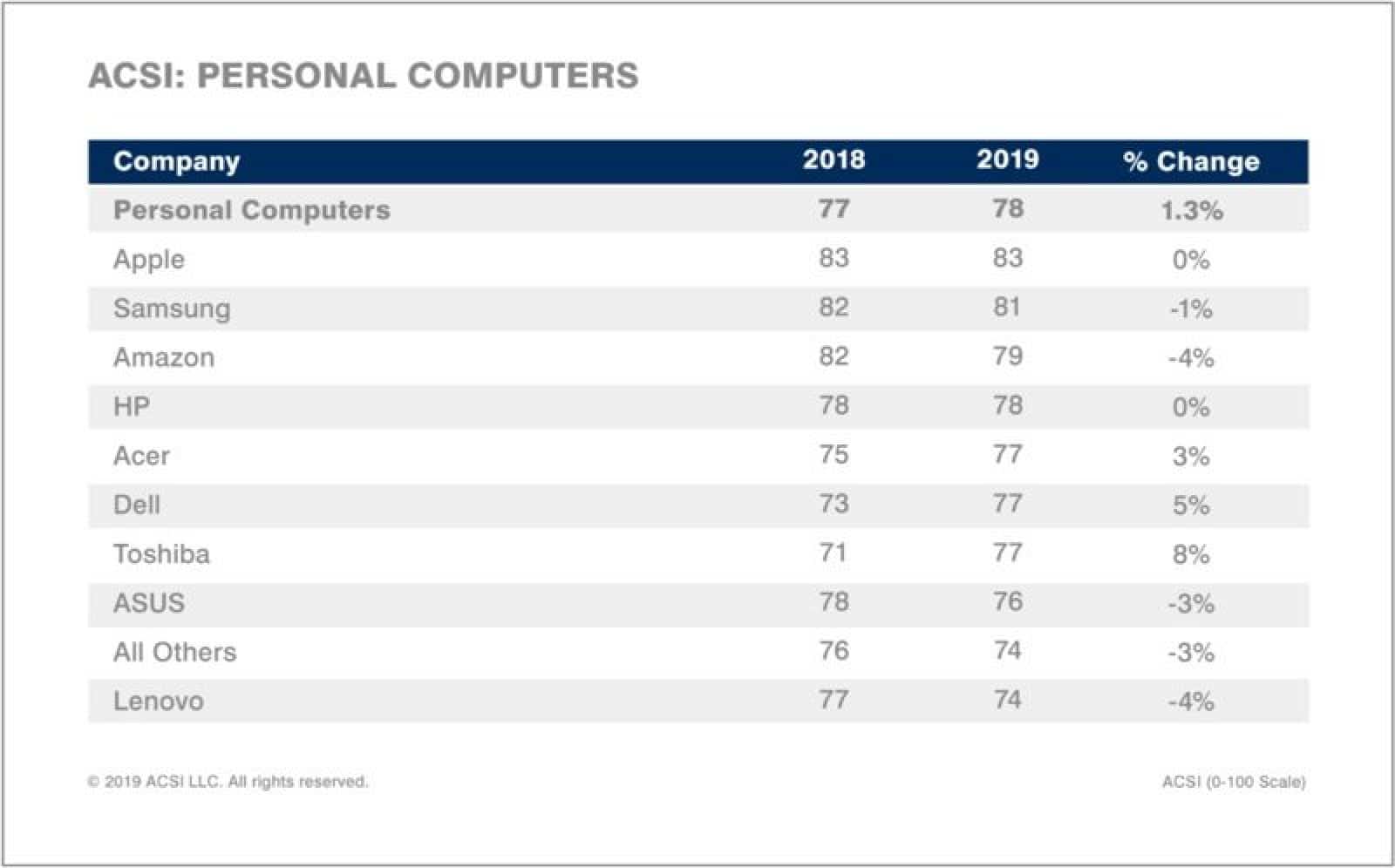 The American Customer Satisfaction Index has jus rated Apple iPads and Macs as having the number one spot in customer satisfaction rating out of all of the tablet and PC makers for 2019. The report stated “In the overall industry rankings, Apple stays on top for a second year with a stable and high ACSI score of 83, and its customers have by far the highest expectations. Despite a 1% downturn, Samsung keeps second place at 81 and no longer ties with Amazon, which falls much further. Amazon tumbles 4% to 79, just a point above the industry average. Among the three leaders, Apple demonstrates an advantage across all aspects of the customer experience, but it still lags both Samsung and Amazon for value.”

To create its scoring system and compile device scores, the ACSI uses data from interviews with approximately 300,000 customers to analyze customer satisfaction with hundreds of companies across dozens of industries.

In other news, Apple just released a new firmware update 13.1 for the iPad and iPhone, in addition to iOS 13 for the Apple TV.