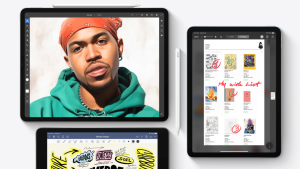 E-readers of today have moved beyond their limited function as reading devices alone. Many of the top-tier e-paper tablets offer stylus support which allows users to write and even draw on them. Nonetheless, iPads remain the number one tablet of choice when it comes to most digital artists and creators.It takes more than just a creative mind and an iPad to draw some of your … END_OF_DOCUMENT_TOKEN_TO_BE_REPLACED 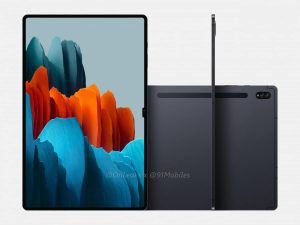 A new render purported to be that of the Samsung Galaxy Tab S8 Ultra has appeared online and provides a good glimpse of what the final thing could be like. The render courtesy of leakster OnLeaks and 91Mobiles reveals a nice looking tablet though the one thing that will make it special is the presence of a notch at the top. That would be akin to the one that the MacBook Pro is … END_OF_DOCUMENT_TOKEN_TO_BE_REPLACED 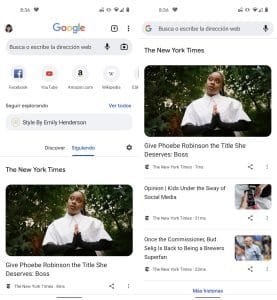 Google is currently rolling out a new feature called 'Follow' for Android users. The news was shared with the public by the company's own Adrienne Porter Felt, an engineering director for Google Chrome. It is similar to the RSS feed aggregator called Google Reader that was run by Google back in 2005.Much like Google Reader, the new Follow feature allows users to follow … END_OF_DOCUMENT_TOKEN_TO_BE_REPLACED 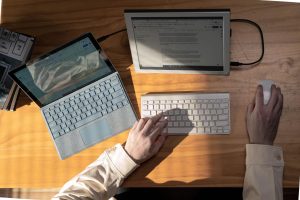 It has been almost two years since humanity first encountered the novel coronavirus, unraveling people and organizations at a global level. Among the many repercussions of the new normal, a very real problem that is on the rise is the increased usage and dependency on technology. The days when we could live without looking at a screen at work or home were long gone much before … END_OF_DOCUMENT_TOKEN_TO_BE_REPLACED 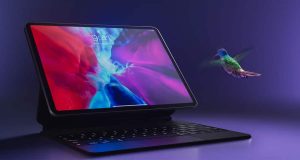 Apple is rumored to be plotting a switch to OLED panels for its future iPad models. This comes within just months of Apple launching the first iPad Pro 12.9 equipped with the mini-LED panel. However, no matter how impressive the display has proved to be, producing the same in volumes continues to pose a challenge for the manufacturers. In contrast, the tried and tested OLED … END_OF_DOCUMENT_TOKEN_TO_BE_REPLACED 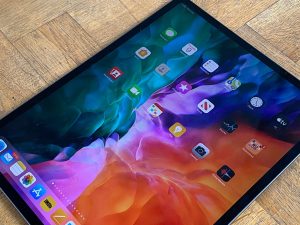 The Apple iPad continues to be the dominant player in the tablet segment, as proved in recent research wherein the Apple tablet has been found to have 58 percent of revenue share for Q2, 2021. The above has been revealed by Strategy Analytics that is based its finding on the Application Processor market.While Apple holds the top spot, it is Intel, Qualcomm, MediaTek, and … END_OF_DOCUMENT_TOKEN_TO_BE_REPLACED 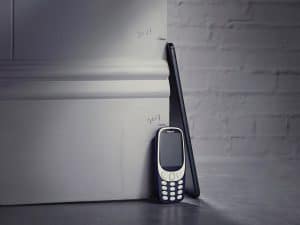 HMD Global, current holders of the Nokia trademark have confirmed there is a new Nokia branded tablet set for launch on October 6. Now, this was being speculated all along though here is confirmation on this, coming straight from Nokia itself that revealed the launch dates via a tweet message.Interestingly, the tweet also included an image that depicts the Nokia 3310 … END_OF_DOCUMENT_TOKEN_TO_BE_REPLACED 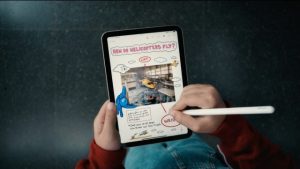 The iPad Mini 6 is inarguably one of the best things - apart from the iPhone 13 - that Apple launched during its spring event. With an A15 Bionic chip, the new iPad Mini 6 is a powerhouse of a device that belies its small proportions. Couple to that its brilliant display and all-day battery life, and you have one of the best tablets for reading books, playing games, watching … END_OF_DOCUMENT_TOKEN_TO_BE_REPLACED 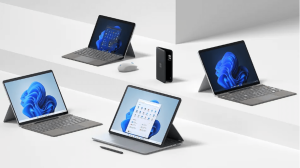 The Microsoft Surface event went along the expected lines. There were the Surface Pro 8 and Surface Go 3 convertible tablet devices launched. Then there is also the Surface Book Studio introduced which clearly was the star attraction of the event though the new Surface Duo 2 proved to be no less than a head-turner as well.Here is a lowdown on the new hardware Microsoft … END_OF_DOCUMENT_TOKEN_TO_BE_REPLACED 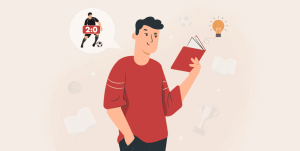 E-reader users have been seeking more complex options from their devices, like the ease of browser navigation or to support game applications. So, e-reader users are beginning to shift their interest towards hybrids between the traditional e-reader and the traditional tablet.Not all e-readers are designed to support the format of high loading speed for web pages and the … END_OF_DOCUMENT_TOKEN_TO_BE_REPLACED 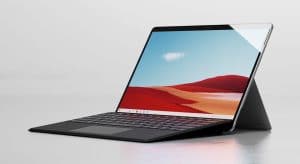 It’s just hours left for the Microsoft Surface event to unfold. While there already are a slew of new Surface tablets lined up for launch, including the new Surface Pro 8, here is a new leak courtesy of @shadowleak revealing some aspects about the Surface Pro 8 device. That includes a Thunderbolt 4 port in place of the usual USB-C port and USB-A port that the Surface Pro range … END_OF_DOCUMENT_TOKEN_TO_BE_REPLACED 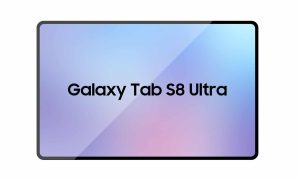 Smartphones with ultra-thin bezels have been here for a while now though the same could soon be making its way to tablet devices as well. At least that is exactly what the Border Reduction Structure or BRS technology that Samsung is pursuing points to. Fortunately, we won't have to wait for long to see its implementation. As Naver blog reported, the upcoming Samsung Galaxy S8 … END_OF_DOCUMENT_TOKEN_TO_BE_REPLACED