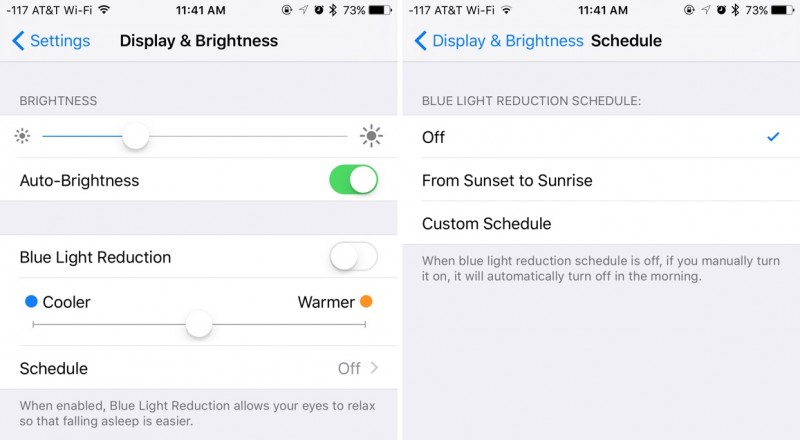 All of a sudden everyone is developing software that is meant to limit the amount of blue light that is emitting from behind your screen. Amazon has Blue Shade, Google Play Books adjusts the screen depending on the time of the day and now Apple has Night Shift.

Night Shift is a new feature being developed for iOS 9.3, that has just been seeded to developers. It has been designed to cut down on the amount of blue light an iOS device is putting out during the evening hours, based on studies that have demonstrated that blue light can negatively impact sleep by altering the body’s circadian rhythm.

With Night Shift mode enabled, when the sun goes down, the iPhone’s screen will automatically change towards the warmer (yellower) colors in the spectrum, reducing blue light. In the morning, the display automatically turns to its normal temperature color, mimicking natural daylight.

Night Shift will only be available on Apple products that have a 64 bit processor. This means that only models produced in the last two years will be compatible with it.