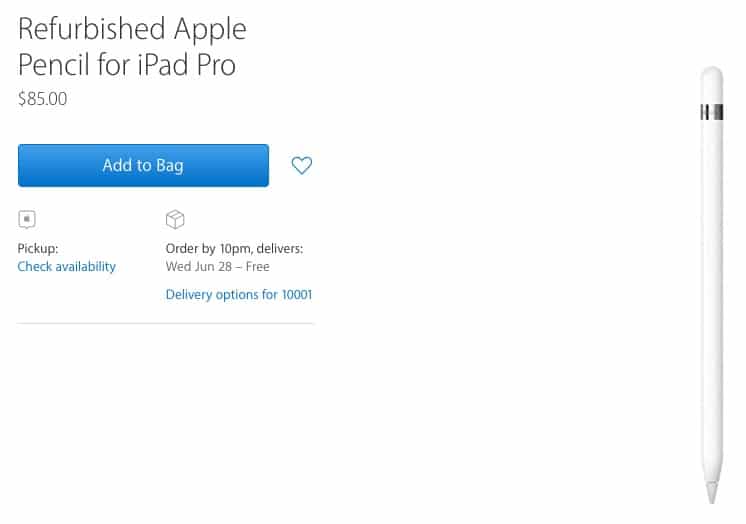 If you don’t want to splurge on a brand new Apple Pencil for $99, there is now another option. Apple has begun selling certified refurbished Apple Pencils for $85, which is a savings of $14. Apple says it undergoes a thorough cleaning process and inspection to ensure it meets Apple’s quality standards, including full functionality testing. It’s then repackaged in a new box with a Lightning adapter, an extra tip, and the appropriate documentation.

This pencil is only good for three iPad Pro models and is primarily designed for artists or people who need to constantly jot down notes or ideas. It is geared towards professionals, but students have gravitated towards it because they can make annotations and highlights in their digital textbooks.

The Apple Pencil has built-in sensors to determine orientation and angle, and to detect a range of forces for pressure-sensitive drawing and writing. Apple has optimized the iPad Pro and iOS to ensure the Apple Pencil has minimal latency.

This deal is only good in the United States right now on the main Apple website. There is no information yet on whether it will expand to other markets, but I am sure if it sells like hotcakes, it might.