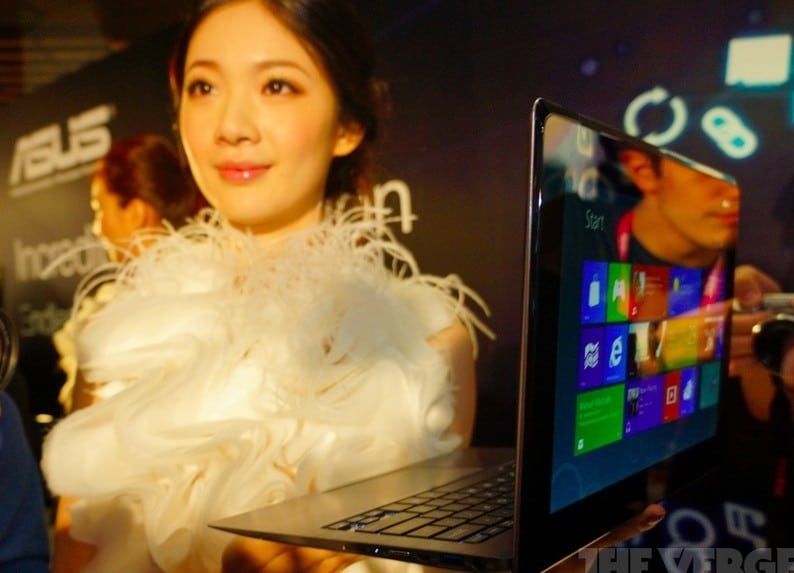 Asus has taken the laptop and the tablet to a new high in the form of the Taichi that it showcased at the ongoing Computex event. What makes the Taichi special is that it offers two displays, one on either side of the laptop lid. The Taichi is almost as thin and light as the company’s Zenbook line of ultrabooks, though the one distinguishing factor in favor of the Taichi is (of course) the extra display that is visible when the device is closed. This allows it to be used as a tablet running Windows 8. Once the lid is opened, the device transforms into a laptop with a full QWERTY backlid keypad and a scroll pad.

The Taichi offers two displays having two different dimensions, a 13.3 inch or a 11.6 inch display, both packing in 1920 x 1080 pixels. The rest of the specs include an Intel Ivy Bridge Core i7 processor, 4 GB of RAM, and SSD storage. The Taichi also include dual cameras, with a 5 megapixel shooter at the rear and a HD webcam at the front.

The other features of the Taichi include two USB 3.0 ports, a micro HDMI port, and a mini DisplayPort. Both the displays are capable of running independently and at the same time, which means friends can use the touchscreen on the outer display while the inner display is being used for some other task.

However, as with all other Asus products revealed at the Computex, price and availability is anybody’s guess right now. Other aspects that we are also keen to know about the Tachi is how good the device is in actual operation and what the battery life will be like, especially with two displays in operation.

In any case, the Taichi is an innovative device and offers a fresh perspective after having seen a lot of laptops and tablets. Also interestingly, Asus hasn’t provided the Transformer treatment to it, which means the display cannot be separated from the keypad. Otherwise, it could have been a standalone tablet device with the inner display remaining dormant when used as a tablet.