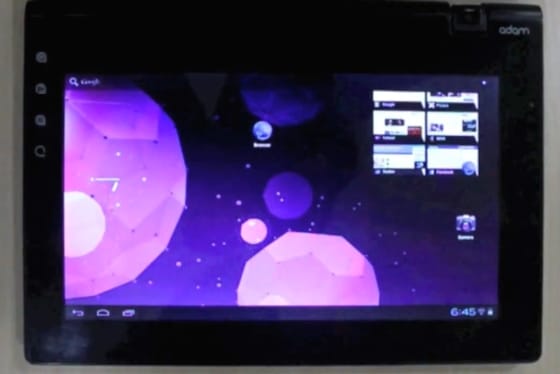 A pre alpha version of Android 4.0 Ice Cream Sandwich has been made available by Notion Ink for developers to try out and give their valuable feedback. The company right now is in the process of integrating the latest Android version on their Adam tablet. One can download the OS and test it out for helping the company in trouble shooting the problem areas.

Also, with all of it still in a work-in-progress state, its needless to say the number of things that aren’t functional as yet is far more than those that’s functional. Like there is no audio, camera, Bluetooth or even 3G working as yet. The OS in its present state supports graphics, GPS and Wi-Fi. Also, the most common feedback received as of now is that the OS has a bug that places the device in sleep mode.

To get instructions on how to download and install one has to visit the Norton Ink forum. There is news that the source code also would soon be made available to the public at large.

Notion Ink has also released a video to show how things are in the Adam with Android 4.0 on board.