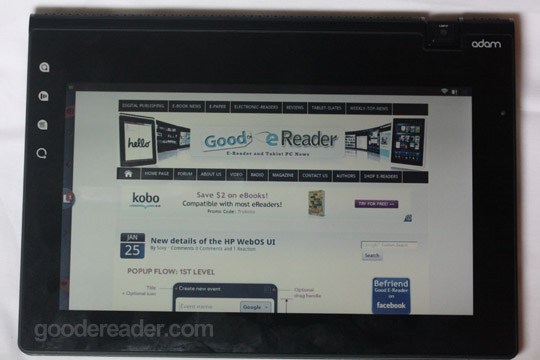 Today Notion Ink has released a new update fix for their Adam Tablet PC that addresses a number of key issues that have been plaguing users! We can now find solace in the fact that the GPS now knows we are not in China but in our real world location and lots more!

Ever since the Adam was released it was plagued by many small bugs which we covered extensively in our hands on reviews of the tablet. Some noticeable fixes included; fixing the crashing that would occur when you plugged in a USB keyboard, as well as overall application enhancements. Key Programs have got some fixes that the Adam was bundled with such as Canvas, Media Player, Sniffer, Mail and Calculator.

This is only a small update pack, Rohan has let us know that on Feburary the 15th a major Notion Ink update will come down the pipes and we will have full video for all of the new changes expected to go in.

We are also pleased to offer exclusive downloads for your variant model of the Notion Ink Adam. Below are the links that you need to download based on your model and installation instructions found in the new Installation Manual and don’t forget to get the User Manual.