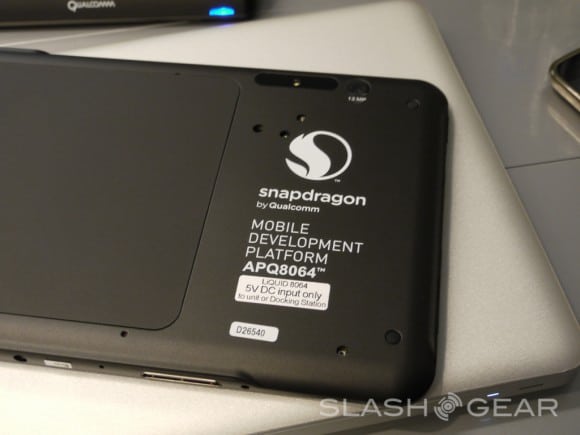 There is a new tablet for the taking. However, there is a twist in the tale — the Snapdragon S4 tablet from Qualcomm is aimed exclusively at developers. Also, the tablet that features the latest Qualcomm quad core chipset, the APQ8064 will cost a considerable $1299.

The spec sheet though is quite impressive perhaps to justify the high price tag. For instance, apart from Qualcomm’s own quad core chip, the tablet also includes an Adreno 320 GPU and a 2 GB RAM, all of which should lead to some impressive performance credentials. Up front is a 10.1 inch display while other goodies with the device include a whooping 13 megapixel camera and as many as 7 microphones. On-board OS is Android 4.0 ICS.

The S4 tablet also comes bundled with a charging dock which itself plays host to two USB 2.0 ports, a HDMI slot as well as an Ethernet port. The device can be picked up from BSQUARE though there is a 2-3 weeks of waiting period to be endured right now.